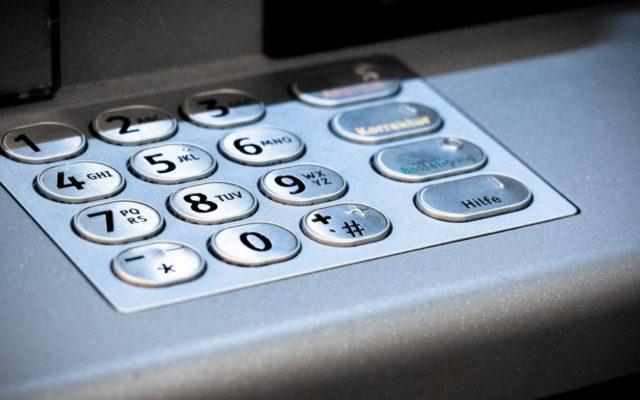 Police are investigating after local residents report fraud on their debit cards.

Over the weekend, a number of people were sharing stories regarding funds taken from their bank accounts after visiting local ATMs and businesses, and local police are looking into the reports.

The Hoquiam Police Department shared an update on Tuesday saying that they received eight fraud reports on Monday alone from residents who had their debit card compromised.

According to their report, stolen debit card information was used to withdraw cash from cash machines in Seattle, Des Moines, Redmond, Lacey and Yakima.

In Aberdeen, a number residents posted to social media a similar crime.

HPD says that while there were multiple reports they are still working to find a connection.

“At this time, the investigation suggests skimmers were installed on local gas pumps in the Hoquiam and Aberdeen area which allowed suspects to scan and capture debit card information. Detectives have not yet been able to verify the gas station locations or locate skimmers attached to the pumps.”

Police say that it appears that most of the victims had accounts through Twin Star Credit Union, but it is possible other local financial institutions were also hit.

Detectives are working to pin down the dates and locations of where the debit cards may have been skimmed in order to retrieve video surveillance.

Citizens are encouraged to check their accounts for any fraudulent activity and immediately report any unauthorized charges to their financial institution and local police department.

Aberdeen Police told KXRO, “As usual, we recommend people grab the card slot area and twist (before they ever insert their card into the machine) to make sure a skimming device is not affixed. Should a skimming device detach during their pre-card inspection, report the matter to the police immediately.”

HPD added that “ Unfortunately, these fraud cases are difficult to prosecute locally because the card data is often stolen at one location but the funds are actually taken from another. Many skimmer cases involve advanced technology and organized criminal groups who travel over significant distances to make their activities difficult to track, document and prosecute.”

KXRO will continue to monitor this story and provide updates as they are available.