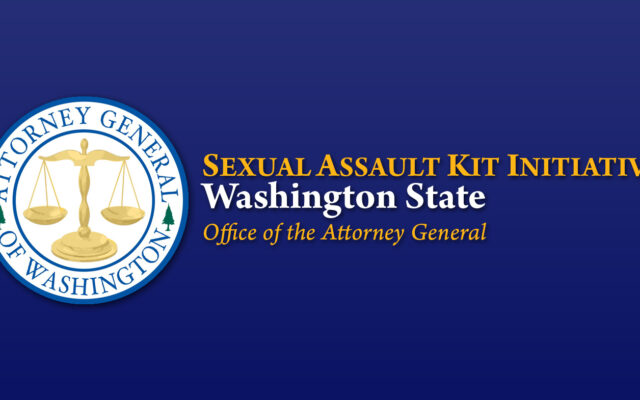 Local law enforcement was among 53 agencies across the state who will see expanded storage for sexual assault evidence.

Ferguson is providing the new units as part of his Sexual Assault Kit Initiative (SAKI) — a campaign to improve Washington’s response to sexual assault and end the state’s rape kit backlog.

According to the Attorney General’s Office, it is allocating $177,204.73 of its federal SAKI grant funding to local law enforcement for the purpose of purchasing these refrigeration units to help ensure that sexual assault evidence, including evidence that needs to be refrigerated, does not expire due to lack of capacity.

The Attorney General’s Office says they heard from local law enforcement that this is a major need.

“More storage means more evidence can be tested, and more crimes can be solved,” Ferguson said. “These resources will bring justice to survivors.”

In partnership with the Washington Association of Sheriffs & Police Chiefs, the SAKI team asked local law enforcement agencies to determine how much new cold storage they need. Fifty-three of the 260 agencies reported that they will need more storage and will be receiving reimbursement from the SAKI grant. Forty-one agencies will receive funding in this first round, and another 12 agencies will receive funding in an upcoming second round.

Following the passage of the 2020 law, the Attorney General’s Office searched for innovative ways to support law enforcement, particularly smaller agencies that might otherwise struggle to purchase the new equipment.

The Attorney General’s SAKI team tells KXRO they found a variety of ways to save on projects, including repurposing travel savings from the COVID-19 pandemic, in order to provide this funding from the agency’s federal SAKI grant to support law enforcement.

A sexual assault kit is a collection of evidence gathered from a survivor by a medical professional, usually a specially trained sexual assault nurse examiner. A crime lab then tests the evidence for DNA that could help law enforcement find a perpetrator.

The second type of backlog occurs in crime lab facilities, when sexual assault kits have been submitted to the lab, but have not yet been tested.

In 2017, the Attorney General’s Office won its first $3 million SAKI grant from the U.S. Department of Justice to address the backlog of sexual assault kits. The office has designated half of the total $3 million grant to pay for testing backlogged kits, the maximum amount allowed under the grant. The office won another $2.5 million in SAKI grant funding in 2019.

In 2019, the Legislature, again led by Rep. Orwall, authorized funding for the construction of a high throughput DNA lab in Vancouver that, when completed, will allow the Crime Lab to process a higher volume of DNA cases at quicker rates.

Thanks to these efforts, to date, the Crime Lab has tested 5,278 backlogged kits, leading to 1,315 DNA matches in CODIS, the national DNA database.

Testing backlogged kits has already provided new information for cold cases. In one case, a suspect was charged with child rape more than 10 years after the crime, thanks to the results of a backlogged rape kit.