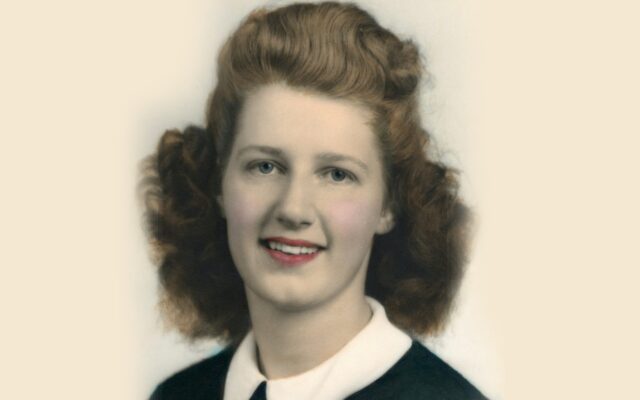 A new fund has been created after a Montesano resident left a $1.2 million estate to the Grays Harbor Community Foundation.

“A true community champion and someone who understood the value of not only giving your money, but also your time, Patricia Clemons will forever be remembered in our community through her generous legacy gift to support several local nonprofits and Montesano graduates through the Foundation’s scholarship program.”

According to the foundation, Clemons was a 1944 graduate of Montesano High School, as well as a graduate of Grays Harbor College and then Central Washington University where she graduated with her BA in Education in 1949. At the U of Hawaii in 1957 she earned a MA in Education, then in 1974 an MA in Library Studies.

Clemons spent her 30-year education career with the Montesano School District, 20 years as a seventh-grade teacher and ten years as an elementary librarian.

“With her family history and deep knowledge and care for the Montesano and East County community, she was a dedicated volunteer and community leader who always sought to give her knowledge and resources for the betterment of the community.”

In 2008 she was named Montesano’s Citizen of the Year and was chosen as Grand Marshall for the Festival of Lights Parade.

In 2011, for the first time in Montesano history, she was awarded the “key to the city”. One of her personal greatest honors was being recognized as a member of the Montesano High School Hall of Fame in 2013. She was also named the 2021 Polson Museum Pioneer of the Year, the same honor received by her father in 1980.

In 1941 she was present at the initial dedication of Clemons Tree Farm, America’s first, and never missed one in the years to follow, speaking at the 75th anniversary in 2016.

Eric Potts, Executive Director of the Grays Harbor Community Foundation commented: “People like Patricia are the reason the Foundation is able to invest over $3M into our community each year. Her legacy was already well established before her passing, but now through her legacy gift, we will be able to annually make a difference in the next generation of Montesano graduates and in the lives of local individuals who did not get the opportunity to know her and see her generosity firsthand. We are proud to know that donors trust us to administer their philanthropic endeavors and giving legacies both during their lifetime, as well as after their passing.”

The C.H. Clemons Memorial Fund will benefit the health, education, and welfare of children in the Montesano School District.

“Thank you to Patricia for her many years of dedicated service to our community. It is our honor to continue to keep your legacy alive through the work of the Foundation.”