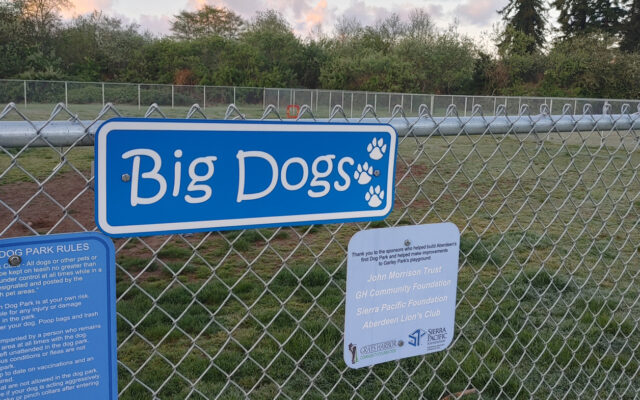 Half of the Garley Dog Park will be closing for maintenance.

In an announcement from the City of Aberdeen, the Large Dog Park portion of the site will close from May 23rd to June 23rd.

During that closure, city staff will be making repairs to the grass.

The Small Dog Park will be open during the maintenance work.

The South Aberdeen dog park opened in April 2021 after planning began a year prior in June 0f 2020 when Aberdeen Parks & recreation began soliciting ideas from the public.

At that time, staff announced that along with the addition of new play equipment they would be fencing off the area previously used as a field to make the off-leash dog park.