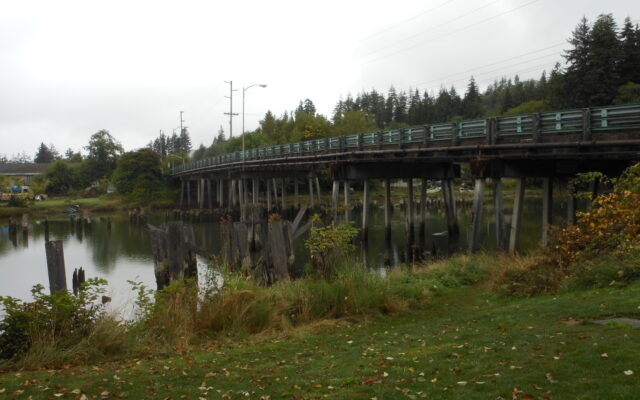 The City of Aberdeen has announced that the Washington State Department of Transportation (WSDOT) has selected the Young Street Bridge, formally known as the North Aberdeen Bridge, to receive federal funds under the Federal Local Bridge Program.

The city stated that the bridge was originally constructed in 1956 across the Wishkah River, serves as the principal roadway for northeastern Aberdeen residents, and supports an average of over 2,000 vehicles per day.

In addition, it is known Nirvana fans as the bridge that Kurt Cobain reportedly slept under and referenced in the song “Something in the Way” from the album Nevermind.

The project originally received an award amount of $15 million to facilitate replacement; but the City received notice that the award amount was increased to $23.1 million.

The replacement structure will be a three span 350-foot long pre-stressed concrete bridge with a shared use path for both pedestrians and bicyclists.

In their release, the city tells KXRO that a number of elements were evaluated when considering replacement of the structure, such as load bearing capacity, average daily traffic, availability and length of detour, the geometry of the bridge, and the scour of structural supports underneath bridges over water, along with a number of other factors.

At this time, there are still a number of details relating to design elements and construction processes that need to be considered and determined.

As the City initiates the design phase, public engagement opportunities are scheduled in 2023 to provide input.

The City will receive 100 percent reimbursement of all eligible project costs for phases that begin prior to September 2026.

Preliminary design work will begin in 2023 and construction could begin as early as mid-2025.