Krist Novoselić says he doesn’t remember ever playing The Pourhouse

Recently, attention has been given to the building formerly housing The Pourhouse bar, which sits on the site currently slated to house the Grays Harbor Gateway Business and Innovation Center(Gateway Center). Portions of the building have sat on the property since the 1890’s and were one of few buildings to survive the Black Friday fire that destroyed much of downtown Aberdeen in 1903.

Community members have voiced their opposition to the demolition of the closed building in preparation for the Gateway Center, stating that in addition to surviving the 1903 fire it was what some have called “the hometown stage of Nirvana”, citing their performances inside the building. These claims frequently precede requests to turn the former bar into a museum to the band.

Krist Novoselić and his recent band Giants in the Trees will be performing on a different stage in Aberdeen on Saturday, September 22 when they will play at the Bishop Center for the Performing Arts.

Novoselić, a transplant to Aberdeen from Croatia, moved to the area in the early 1980’s and formed Nirvana with Kurt Cobain in 1987.

In an interview with Pat Anderson of show sponsor 104.7 KDUX prior to the Giants in the Trees event, he spoke to Novoselić about the band, the upcoming show, and about his memories growing up locally. Anderson asked the former Nirvana member about his memories of local venues.

Specifically, he asked Novoselić about his memories of playing The Pourhouse.

Giants in the Trees will play the Bishop Center for the Performing Arts on Saturday, September 22, starting at 7:30pm.

Giants in the Trees is the latest effort by Novoselić, featuring Jillian Raye on vocals, along with Erik Friend and Ray Prestegard.

Tickets  for the September 22 show are $25, and are available on the event page.

Progress for the Gateway Center continues and plans to demolish The Pourhouse are in place, with Aberdeen Mayor Erik Larson stating that a large amount of materials will be saved from inside the structure for historical value and to abide by stipulations to achieve LEED, or Leadership in Energy and Environmental Design, rating status on the finished project.

The project is stated to boost economic resources and access in the area, while also providing a visual impact for travelers.

“The Grays Harbor Gateway Center is first and foremost an enterprise center committed to economic opportunity in our community. Modeled after other successful enterprise centers, it will provide a one-stop shop for any local business looking to launch or grow as well as any new business looking to relocate to Grays Harbor County.” says the official website of the project, adding “the Gateway Center will be an inviting place for the millions of tourists who drive over the Wishkah River bridge to stop and learn more about what our great community has to offer.”

At their Wednesday meeting, the Aberdeen City Council voted to authorize a contract with Materials Testing & Consulting, Inc for “Geo Technical Engineering” services for the Gateway Center as well as for surveying work from Berglund Schmidt & Associates, Inc.

Plans have been in place for the Gateway Center project prior to the election of Mayor Larson, and funding has been added over the years to create site plans, purchase the lots, and complete various studies.

The City of Aberdeen is looking for state funding to finish the project. 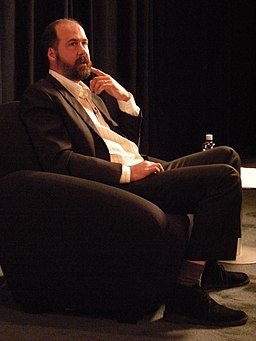