Know a volunteer that deserves recognition? 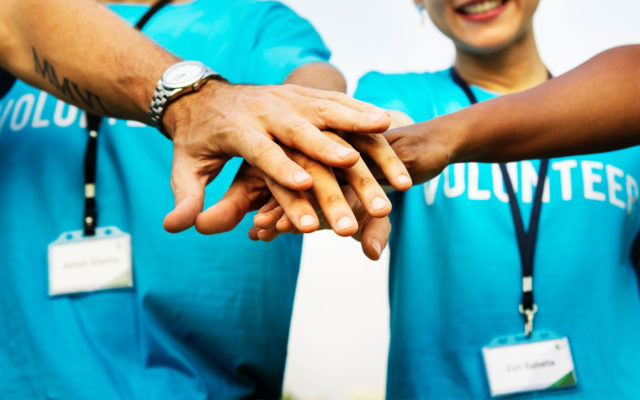 If you know a volunteer within the state that deserves recognition, you can share their story and reward them for their service.

The organization Serve Washington tells KXRO that they are now accepting nominations for outstanding volunteers in Washington communities.

“These awards honor the exemplary service of individuals, groups and organizations that made a significant and measurable contribution to their communities through service and volunteering during 2018.”

Residents can nominate volunteers from a number of categories, including health care, environment, teens, youth, disaster preparedness, and more.

In 2016, Aberdeen resident Royce Travis was recognized for her work with the Grays Harbor/Pacific/Thurston Senior Companion Program.

2019 nominees will be recognized at an April 12 ceremony at the Governor’s Mansion in Olympia.

“The awards honor some of Washington’s most dedicated volunteers,” Gov. Jay Inslee said. “Their service is the foundation for caring communities and a thriving Washington. I am always impressed with the dedication, innovation and leadership of Washington’s volunteers and I encourage organizations from across the state to submit a nomination.”

“There isn’t a shift that goes by that someone hasn’t thanked me for being there,” he said. “The award was a ‘thank you’ on a much higher level, and I was honored and humbled at the same time. It is an event I will cherish the rest of my life.”

Barbara Tilley, Wenatchee resident, received the Governor’s Volunteer Service Award in the Senior Corps category for volunteering with RSVP of North Central Washington. The nonprofit recruits and places volunteers in the area.

“I felt most honored, and yet very humbled, to be chosen as one of the honorees,” Tilley said. “The day at the Governor’s Mansion was wonderful! It was so inspiring to learn about all the voluntary service projects and the leaders. Washington state is indeed so fortunate to have this huge volunteer force in place.”

Volunteer recognition is a key component of effective volunteer management. Last year, more than 2 million Washington residents–35 percent of the state’s population–volunteered for 202 million hours. That worked out to be an estimated economic value of $4.8 billion, according to the “Volunteering in America” November 2018 report.

You may nominate someone in the following categories: