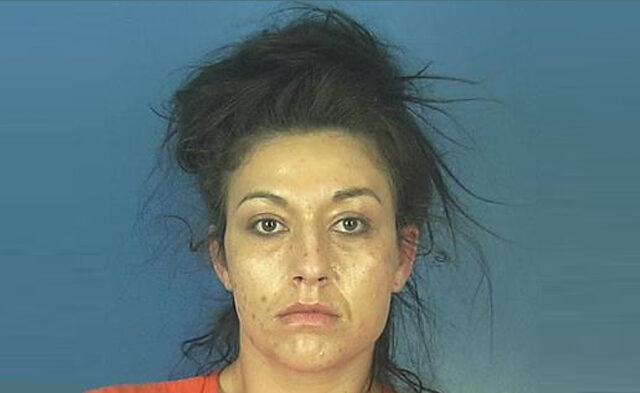 Jordan Bowers, the mother of missing 5-year-old Oakley Carlson, was sentenced on Friday for charges unrelated to the missing Oakville child.

Bowers was in front of Superior Court Judge Katie Svoboda in relation to two counts of endangerment with a controlled substance for exposing her other children to methamphetamine.

Bowers and Andrew Carlson, the parents of Oakley and other children, were arrested on felony charges after it was discovered that children in their home had methamphetamine in their system. This includes children identified only as J.W.C. and D.E.C. in the recent court proceedings.

Grays Harbor Sheriff’s officials said that methamphetamine from the home of Carlson and Jordan Bowers had gotten into the children’s system.

It was noted by Prosecuting Attorney Jason Walker that D.E.C. and J.W.C of the couple are currently “physically doing well”, although he added that this did create issues with one of of the counts of negligence as the court would need to litigate based on what long-term effects may be and if these children are inadvertent addicts because of the actions of the parents. Those children have been placed in the care of a foster family.

In addition, bringing that case to trial court could have caused the children and others to be brought forward in court , for an outcome that shared a similar maximum sentencing range. This caused the Grays Harbor Prosecutor to drop that count.

Bowers faced a greater sentence than Carlson due to prior convictions.

Although the two Class B Felonies Bowers faced had a statutory maximum sentencing of 10 years, according to Judge Svoboda, due to Bowers’ offender score the standard range was 15-20 months with the sentences running concurrently.

Judge Svoboda issued a sentence of 20 months in prison for Bowers, with additional financial obligations, stating that “It’s a parent’s job to protect their children” and added that Bowers failed to do so.

In addition to the sentence, upon her release Bowers will be prohibited from unsupervised contact with anyone under the age of 18.

While this case did not pertain to missing Oakley, in her sentencing Judge Svoboda did note that  it was “ridiculous” to ignore that other matters related to Bowers may come before the court. She stated that her decision on sentencing was not related to any possible future charges and solely on the cases currently in court.

The parents have not faced any charges related to the disappearance of missing/endangered 5-year-old Oakley, who according to reports, was last seen alive on Feb. 10th, 2021.

Carlson pleaded guilty on the endangerment charges and was sentenced to 12 months in prison for endangerment with a controlled substance, the maximum for his charges.

Both Bowers and Carlson have been held at Grays Harbor County Jail since December 6, 2021.

They would also like to speak with anyone who has had direct contact with Jordan Bowers and Andrew Carlson during that same time period.