The search was underway over the weekend after an inmate escaped from the Cedar Creek Corrections Center (CCCC) near Rochester. 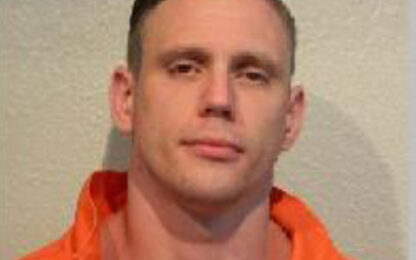 The Department of Corrections began searching for 32-year-old Garrett Stephen Young (DOC 335962) after he was discovered missing around 3:00am on Saturday during during routine checks.

According to their investigation, DOC states that it appears that Young dug his way under a fence at a gym where he was temporarily housed as part of ongoing facility-wide COVID-19 safety precautions.

The DOC deployed an Inmate Recovery Team from Cedar Creek and Stafford Creek Corrections Center to search for Young.

In addition, The Washington State Patrol and the Thurston County Sheriff’s Department were assisting.

He is described as six foot three, 200 pounds with blond hair and blue eyes.

If residents believe that they see Young, they are asked to not approach him, but to call 911 or the Cedar Creek Corrections Center at 360-359-4100 immediately.

Young had a release date of February 2, 2024 for convictions from Skagit County for Theft 1, Possession of a Stolen Vehicle, Burglary, and Attempting to Elude.