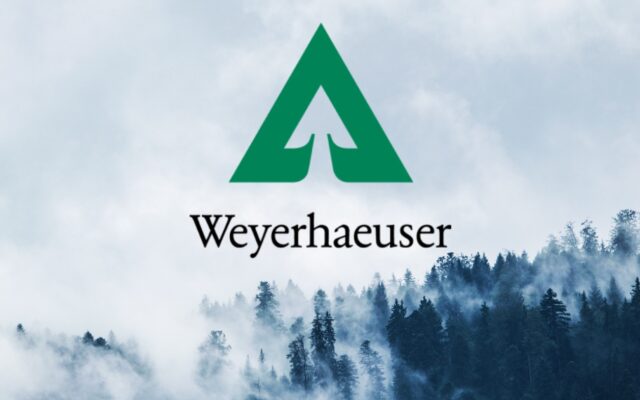 Weyerhaeuser workers are back on job sites this week after a month and a half of being on the picket line during a strike over contract negotiations.

Weyerhaeuser Company announced that the company and members of the International Association of Machinists and Aerospace Workers union in Washington and Oregon reached a resolution of the work stoppage on Friday.

“We know this has been a difficult process for everyone involved, and we have appreciated the patience and professionalism of all parties as we worked through the negotiation,” said Devin W. Stockfish, president and chief executive officer for Weyerhaeuser. “Our people are what make Weyerhaeuser special, and we are committed to providing safe, reliable jobs with competitive wages and benefits that support our employees and their families. We believe this contract accomplishes those goals, and we are excited to welcome everyone back and resume normal operations as soon as possible.”

On September 13, the union members began their strike after they reached an impasse with the company during negotiations over their contract.

Specific details of the new contract were not released, although the AP noted that the union chose to end their strike after Weyerhaeuser agreed on some fixed costs, instead of percentages.

Weyerhaeuser stated that they have approximately 1,200 employees who are members of IAM, including employees in the company’s Wood Products and Timberlands organizations, and that the approval of the new contract will result in the restoration of operations at all sites.