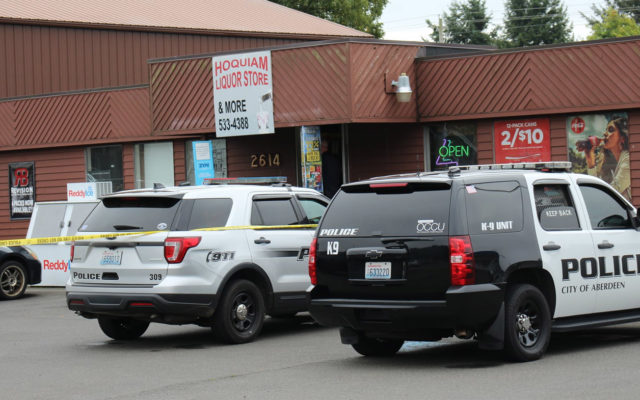 The Hoquiam Police Department posted that on Saturday, shortly after 11:30 a.m. the lone white male suspect entered the store, assaulted the employee, and stole a significant amount of undisclosed property.

Aberdeen Police Officer Pearsall and his K-9 partner “Ronin” responded to the scene to assist in tracking the suspect.

Police say the suspect fled the store into the alley and then westbound for approximately 2 blocks before the scent was lost.

Detectives have identified a suspect, however they are still requesting further eyewitness information or those with potential surveillance footage to contact Detective Sergeant Mitchell at 360-532-0892 ext. 287.