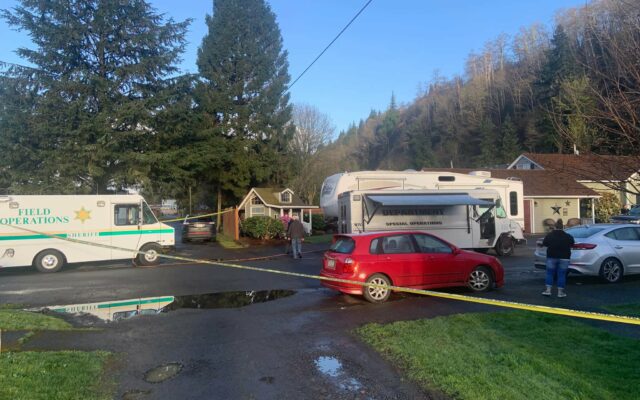 Hoquiam, WA – The standoff in Hoquiam has ended peacefully.

The Hoquiam Police Department tells KXRO that the standoff is over.

The juvenile subject came out of the house and peacefully surrendered just before 10:45 a.m.

Hoquiam Police tell KXRO that they were called to the scene just before 5:00 p.m. yesterday evening for a disorderly subject in the house.

Police say the juvenile subject was someone they were familiar with and he has a felony warrant out for his arrest.

They say that when officers arrived on scene and attempted to make contact, the subject ran back inside the house and displayed a firearm several times.

According to police, at one point there were four people inside but they were evacuated.

Police negotiators were able to communicate with the juvenile through the night in an attempt to secure his safe surrender.