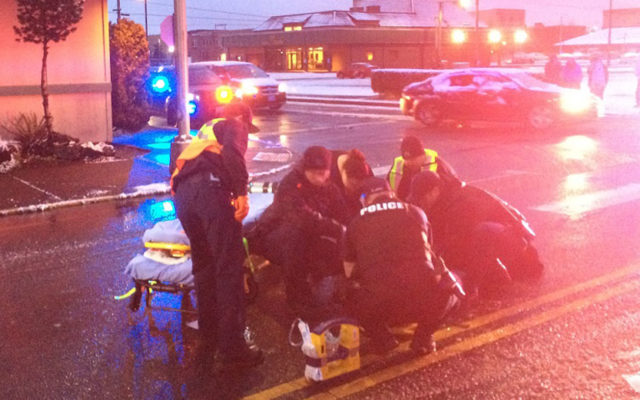 Aberdeen, WA – A man has been arrested in connection with the fatal vehicle versus pedestrian accident that took place Tuesday in Aberdeen.

The Aberdeen Police Department tells KXRO that information developed and brought detectives to a Hoquiam address where the suspect, a 23-year old Hoquiam man, was taken into custody.

They say that the vehicle has been seized and brought to the Aberdeen Police station for a search warrant.

The accident took place just after 7:30 a.m. on Tuesday at the intersection of East First Street and North G Street in Aberdeen and resulted in the death of a 71-year-old Aberdeen woman.

The Aberdeen Police Department thanks everyone who reached out with helpful information in this case.

The previous story on the accident can be found below.