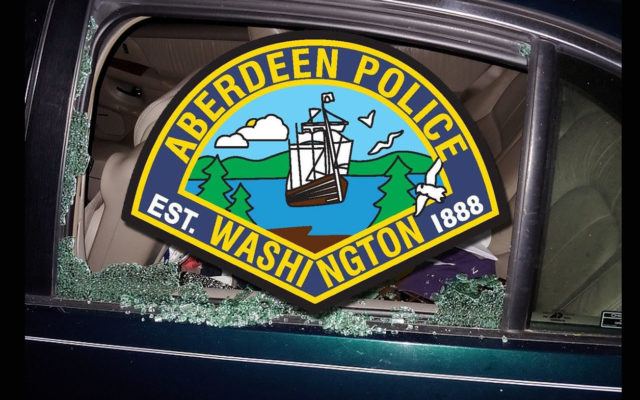 Aberdeen, WA – A man was arrested after vehicle prowls in Aberdeen yesterday morning.

The Aberdeen Police Department tells KXRO that a 36-year old Hoquiam man was arrested after attempting to flee an Aberdeen officer on his bicycle and then on foot during an early morning chase.

They say the officer was in the area looking for people involved in an incident that happened in the 600 block of E. Market St.

As the officer patrolled up F St. just after 3:30 a.m. he saw the man on his bicycle cutting across the Aberdeen High School parking lot at the south end of the building.

Police say that when the officer turned his spotlight on the man, “the rider jumped up on the pedals and took off.”

As the man turned in the alley south of the Aberdeen School District Office, the officer drove around to cut him off on G St., with emergency lights flashing.

Police say the man’s bicycle wiped out in the loose gravel, and he attempted to run on foot.

The man fell again and was taken into custody by the officer without further incident.

Officers located bags the man had discarded as he fled, and they contained a variety of personal effects linking them to a residence in the 400 block of Bland St.

An officer responded to the location where he found a broken window on a vehicle.

According to police, a search of the suspect’s clothing revealed suspected heroin, and the man had outstanding arrest warrants as well.

The suspect was booked into the Aberdeen Jail for Vehicle Prowl, Attempted Vehicle Prowl, Obstructing a Public Servant, Resisting Arrest, Violation of the Uniform Controlled Substance Act, and the warrants.

Residents in the area are encouraged to contact the Aberdeen Police Department if they were either a victim of a vehicle prowl (and had not reported it), or if it appeared someone attempted to get in their vehicle.

“Locking your vehicle and removal of all valuables is your best defense against would-be vehicle prowlers.”