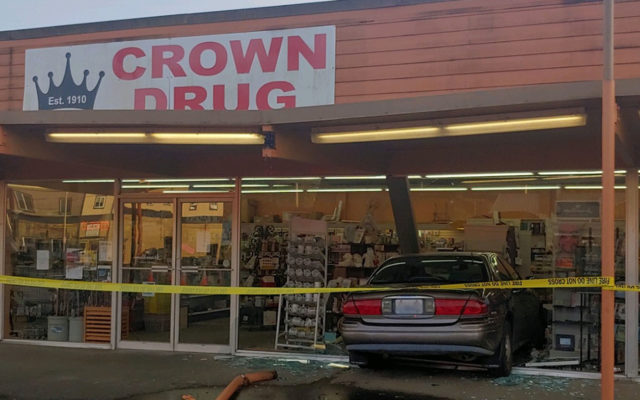 Hoquiam, WA – A drug store in Hoquiam got an unexpected drive in visitor on Friday.

The Hoquiam Police Department says that officers responded to the scene of a car that drove into the front of Crown Drug.

According to police, an 83-year-old Hoquiam woman leaving the business accidentally went forward instead of reverse, and crashed through the front of the building, damaging two structural support columns.

Thankfully, neither the driver nor occupants of the store were injured.

The building was inspected by the city building official for emergency repair recommendations.

Crown Drug posted to their Facebook page that they will be open today as usual, but no Hallmark will be available for sale.

They say the merchandise on the side of the accident is either damaged or being evaluated, but the pharmacy and remainder of the store are fine and operating as usual.

Crown Drug asks that you please bear with them during repairs.

Hoquiam Police say the driver will likely be submitted to the DOL for a driver’s reexamination. 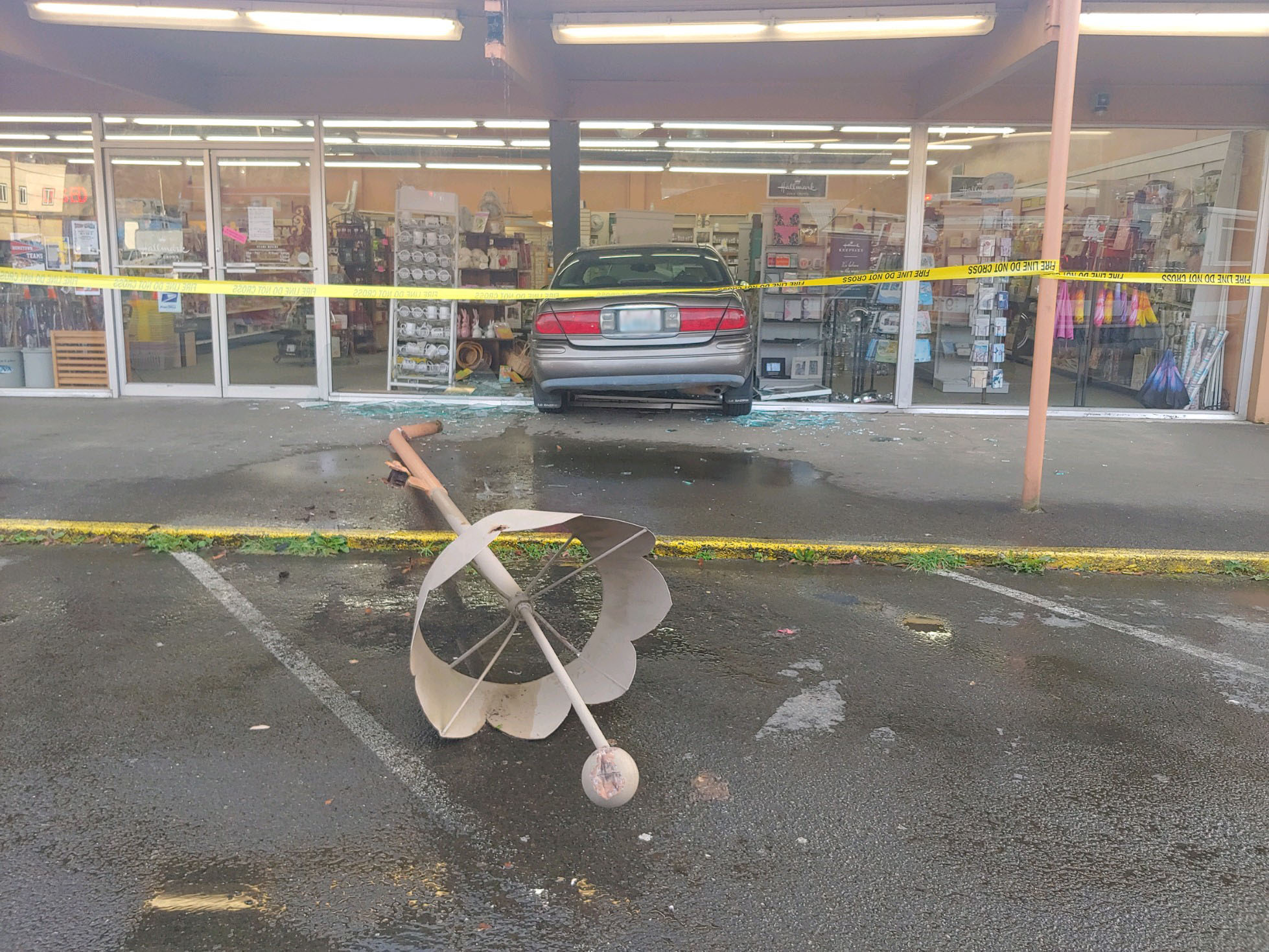 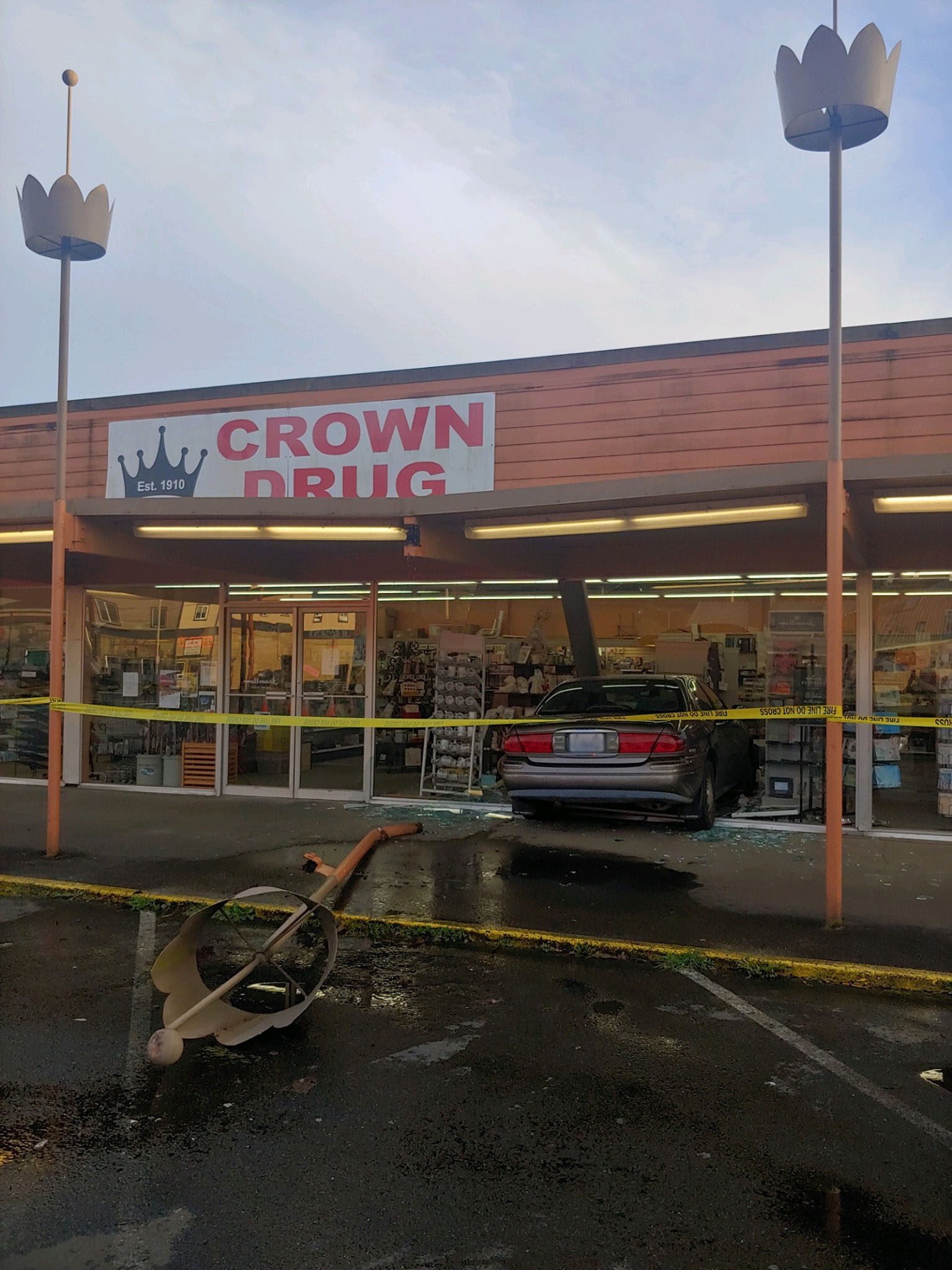 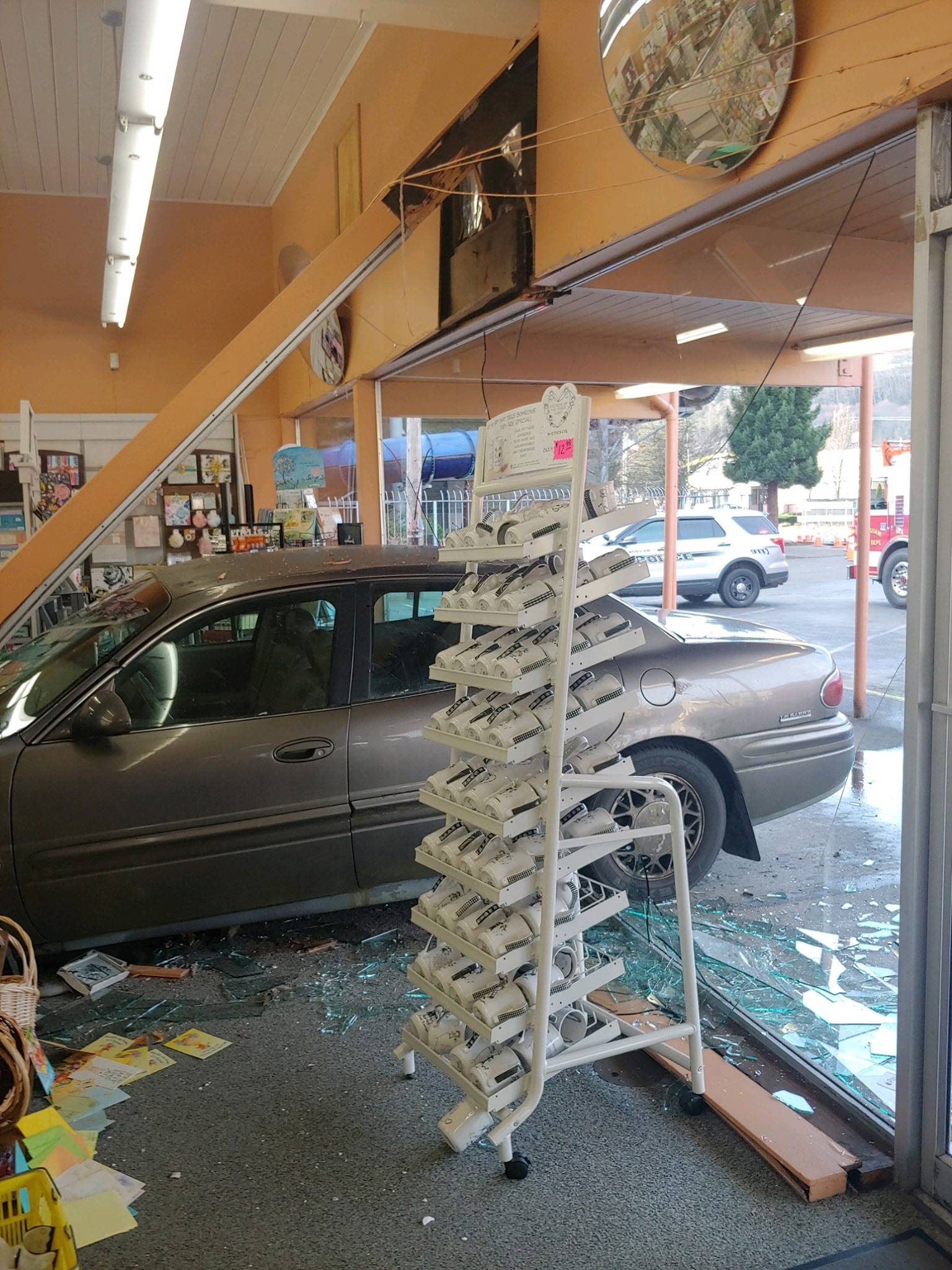