Hoof rot will be a focus of an upcoming WDFW meeting 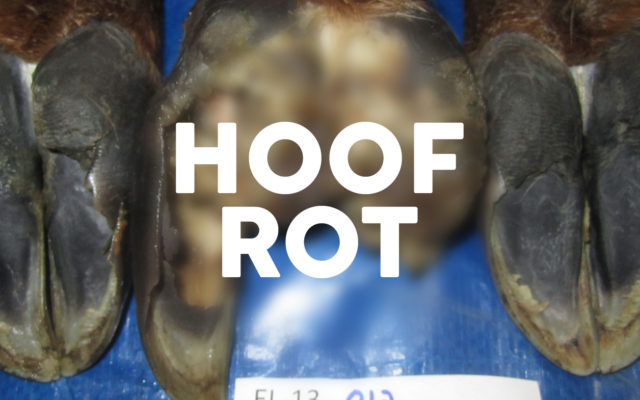 The public has an opportunity to speak the the Washington Department of Fish & Wildlife on changes to statewide hunting regulations, including changes involving hoof rot, at upcoming meetings.

In a release, WDFW says that the meetings on March 1-2 in Spokane will cover a number of changes proposed on hunting seasons through 2021 for deer, elk, waterfowl, and other game

On the agenda will be the extension of a rule requiring hunters to remove and leave behind the hooves of any elk harvested to all Western Washington game management units. The requirement, aimed at reducing the spread of elk hoof disease, is currently in effect in 45 of the 61 game management units.

This requirement is in place for all of Grays Harbor, minus GMU 638 on the Quinault Ridge and GMU 618 just north of Lake Quinault.

On Tuesday, WDFW confirmed that hoof rot was found on an elk shot by a hunter in Walla Walla County.

“Preliminary efforts to formally estimate the prevalence and distribution of TAHD indicate the disease is most prevalent in Cowlitz, Wahkiakum, and the western half of Lewis county.”

The Oregon Department of Fish and Wildlife has also confirmed hoof rot in elk populations in both western and eastern Oregon.

“The disease causes hoof deformities, which can make elk walk with a pronounced limp. Elk may eventually slough the infected hooves, threatening their survival.

There is currently no vaccine to prevent TAHD, nor are there any proven options for treating it in the field. There is no evidence that the disease affects humans.

Kyle Garrison, WDFW hoof disease coordinator, said the department plans to increase efforts to identify other diseased elk in the Blue Mountains, and will look for limping elk early next month during scheduled aerial surveys.”

State wildlife managers are also asking hunters and other members to report any observations of limping elk, or elk with abnormal hooves via WDFW’s online reporting tool at https://wdfw.wa.gov/conservation/health/hoof_disease/.

“We have been monitoring this area fairly intensively for the past four years, and have never before confirmed an elk with the disease,” Garrison said.

Testing conducted in 2014 identified treponeme bacteria in lesions from affected elk, suggesting the disease can be spread between animals and by contaminated materials, explained Margaret Wild, a veterinarian and WSU elk hoof disease research leader.

“Much remains to be learned about the disease,” she said. “We are further investigating treponeme bacteria and other potential pathogens, and we will also look at factors that may increase the susceptibility of elk contracting the disease.”

Other issues on the agenda include an update on the Columbia River Policy Review, proposed land acquisitions, and other topics.

The commission, a citizen panel appointed by the governor to set policy for the Washington Department of Fish and Wildlife, will meet March 1-2 in the Inland Empire Room of the Ramada by Wyndham Spokane Airport, 8909 W. Airport Dr., Spokane. The meeting will begin at 8 a.m. both days.

A full agenda is available online at https://wdfw.wa.gov/commission/meetings.html.

On Friday, the commission will hear a briefing and take public comments on recommended adjustments to the hunting season that include:

In other business, the commission will receive a briefing and potentially give guidance on 2019 policies and regulations for Columbia Rivers salmon fisheries. The Joint Washington and Oregon Columbia River Salmon Fishery Policy Review Committee is working to find common ground on ways to achieve policy goals adopted in 2013 for jointly managed fisheries.

Prior to the start of the regular commission meeting, two committee meetings will be held on Thursday. The newly formed Wolf Advisory Committee, made up of commissioners Kim Thorburn, Jay Holzmiller, and Barbara Baker, will meet at 1 p.m. on Thursday, Feb. 28 in the Executive Conference Room at the Spokane International Airport. The Wildlife Committee, made up of the same commissioners, meets at 3 p.m., in the same location. These meetings are open to the public to observe.