Hawaiian Chieftain sold and heading back to home state 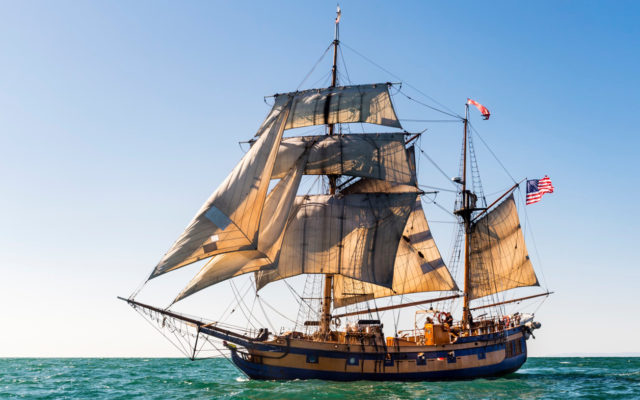 Aberdeen, WA – The Hawaiian Chieftain is heading back to Hawaii.

The Grays Harbor Historical Seaport announced that the Chieftain has been sold and will eventually be returning to her home state.

The Seaport, who has owned the Hawaiian Chieftain since 2005, said they made the difficult decision to put the Chieftain up for sale in 2019 and dedicate their focus to the Lady Washington and the Seaport Landing waterfront development.

According to the Seaport’s Executive Director Brandi Bednarik, “We were spread too thin to take on two boat restoration projects and the Seaport Landing development.  After a year of planning and working with our donors, it was determined that this was the most logical step for us, though a heartbreaking one. Many of us — especially our past crew — put thousands of hours of love and care into Chieftain, or Chiefy, as she was affectionately nicknamed.”

She went on to say, “It is the bittersweet end of an era. We are excited to have found Chieftain the perfect home with Aubrey and Matt. To help ensure the Lady Washington could continue sailing and advance the Seaport Landing development, we had to acknowledge it was time to let Chieftain go somewhere where she could receive the love and attention she deserves. It was very important to the Board, staff, and crew for the Chieftain to end up in a good home with someone who would take the best care of her. We are confident that we found her such a home.”

The new owners are Aubrey and Matt Wilson.

Their current mission is Chieftain’s complete restoration and COI reinstatement. After repairs, they plan to sail her to Hawai’i, where she will once again take on passengers for day sails, be available for tours and events, and offer educational programs and sail training opportunities.

Aubrey is very familiar with sailing traditionally rigged tall ships and has previously worked as a deckhand on Niagara, Tole Mour, and Roseway. Matt is . . . less familiar.

He has sailed on a tall ship exactly once – on Hawaiian Chieftain with Aubrey in 2013 – but apparently it made an impression!

The Wilsons had this to say about the purchase: “Working with Grays Harbor Historical Seaport has been wonderful, and we are grateful for their support as we begin the journey to restore this beloved tall ship. We understand many people are emotionally invested in the Chieftain’s future, and a change like this can be hard, but we hope everyone will be as excited as we are about our plans.”

The project is already underway. Soon, Hawaiian Chieftain will be towed from Astoria, Oregon to Port Townsend, Washington to begin repairs. Estimated completion of the repairs is 6 months to a year after which a farewell party will take place at the Seaport Landing.

Be part of the Chieftan’s adventure by visiting sailhawaiianchieftain.com where the Wilsons will be posting updates on the restoration progress.