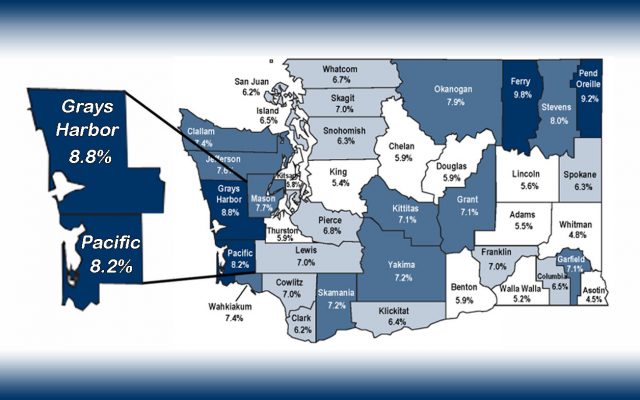 According to the Employment Security Department’s non-seasonally adjusted numbers, Grays Harbor’s unemployment rate dropped to 8.8% in March but remained the third highest in the state.

Pacific County had the fourth highest rate at 8.2% even though it fell from 8.9% in February.

March 23rd of 2020 was when Governor Jay Inslee’s Stay Home Stay Healthy order was announced which mandated the closure of “all businesses except essential businesses.”

In April of 2020 Grays Harbor’s unemployment rate jumped to 21% and Pacific County’s rate ballooned to 19.6%.

Last March showed Grays Harbor with nearly 1,200 more in the labor force and over 1,200 more people employed than this year.

For Pacific County, March of 2020 showed 481 fewer people in the labor force and 423 fewer people employed compared to this year.

This year, Grays Harbor’s labor force and total number of those employed fell from February to March by 365 and 197 respectively.

Those on unemployment also fell by 168.

Pacific County saw growth in their labor force and the total number of those employed and those on unemployment fell from February to March. 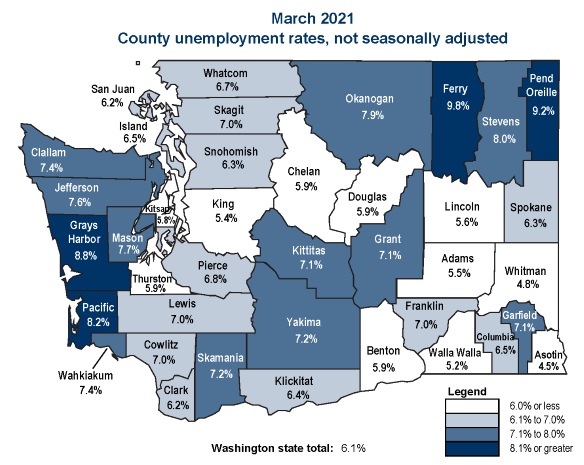 TASL camp still being used, despite being "closed" months ago