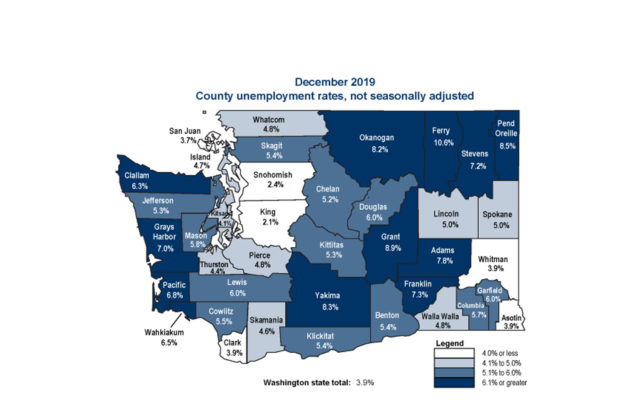 According to the Washington State Employment Security Department’s non-seasonally adjusted numbers, the unemployment rate sat at 7% last month with the highest employment numbers for the year for the county. 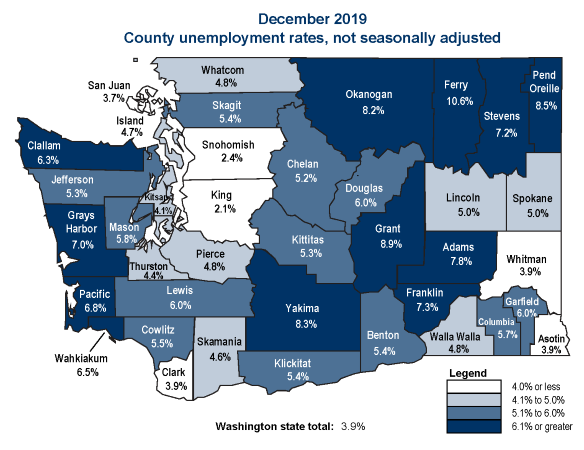 580 jobs were added locally from November to December.

A total of 2,128 local residents were unemployed, according to the recent data.

Pacific County saw a December rate of 6.8% which was the tenth highest in the state.

According to numbers released Wednesday by the Employment Security Department, December’s rate was down from November’s rate of 4.4 percent.