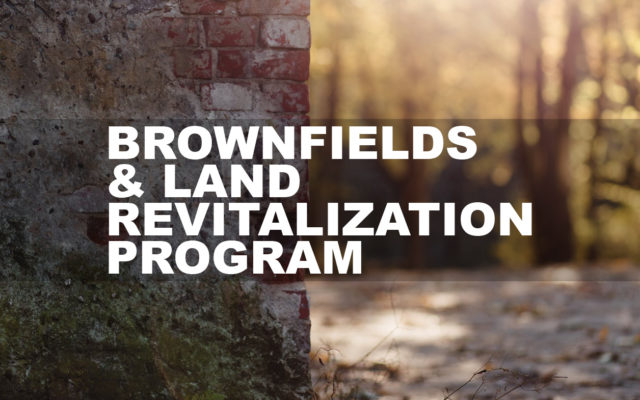 In a release, the U.S. Environmental Protection Agency announced that nine Northwest communities and tribes will receive a total of $4.75 million to assess and clean up contaminated properties under the agency’s Brownfields Program.

“Here in Grays Harbor County our Community-Wide Brownfields Coalition has been very successful in empowering community redevelopment and revitalization”, said Jim Sorensen, Mayor of Elma and Chair of the Grays Harbor Council of Governments. “We are very grateful to the EPA for our second grant award and the opportunity to expand our coalition to help more communities realize their true potential.”

“I’ve seen EPA Brownfields funding work absolute magic for states, tribes and communities across the Northwest,” said EPA Regional Administrator, Chris Hladick. “It brings groups together, helps solve longstanding redevelopment puzzles and leverages funding to expand the local impact like few other programs. As a former city manager in Alaska, I know that getting abandoned, neglected and undervalued parcels back into productive use and back on the tax rolls is hard to argue with.”

In Washington, four projects have been selected to move forward:

Community-wide grant funds will be used to conduct about 12 Phase I and nine Phase II environmental site assessments. Grant funds also will be used to inventory and prioritize sites in the Westhaven Drive and West Main Street target areas, develop five cleanup plans, one site reuse plan, two area-wide plans, and support community outreach activities. Assessment activities will focus on the cities of Aberdeen and Hoquiam, which are located in Qualified Opportunity Zones, as well as the cities of Cosmopolis, Westport, and Elma, all of which represent the historically industrial and commercial centers of Grays Harbor County and are the coalition partners for this project. Contact:  Vicki Cummings (360) 537-4386

Community-wide grant funds will be used to conduct up to five Phase I and up to five Phase II environmental site assessments. Grant funds also will be used to enhance and maintain a brownfields inventory, develop four cleanup plans, and support community outreach activities. Assessment activities will focus on sites within the Port Gamble S’Klallam Indian Reservation. Priority sites include the Point Julia historic tribal village, The Bars beach area, a shooting range, and multiple dump sites. Contact:  Paul McCollum (360) 297-6237

Community-wide grant funds will be used to conduct 10 Phase I and five Phase II environmental site assessments. Grant funds also will be used to inventory brownfield sites, prepare cleanup plans for four sites, and support community outreach activities. Assessment activities will focus on the neighborhoods of Downton Wenatchee and South Wenatchee, the City of Rock Island, and the unincorporated community of Malaga, all of which are located in Qualified Opportunity Zones. Target sites include a 300,000 square-foot former cold storage warehouse, the Public Utility District Operations Center, an agricultural chemical facility, the Mission Street Corridor, a former silicon smelter, and a former orchard. Coalition partners are the Port of Douglas County, the City of Wenatchee, and the City of Rock Island. Contact: Stacie De Mestre (509) 630-2545

Grants awarded by EPA’s Brownfields Program provide communities across the country with an opportunity to transform contaminated sites into community assets that attract jobs and achieve broader economic development outcomes, while taking advantage of existing infrastructure. For example, Brownfields grants are shown to:

A brownfield is a property for which the expansion, redevelopment, or reuse may be complicated by the presence or potential presence of a hazardous substance, pollutant, or contaminant. There are estimated to be more than 450,000 brownfields in the United States.  EPA’s Brownfields Program began in 1995 and has provided nearly $1.6 billion in brownfield grants to assess and clean up contaminated properties and return blighted properties to productive reuse. To date, brownfields investments have leveraged more than $31 billion in cleanup and redevelopment. Over the years, the relatively small investment of federal funding leveraged, from both public and private sources, more than 160,000 jobs.

List of the FY 2020 applicants selected for funding: https://go.usa.gov/xvwjc

For more on the brownfields grants: https://www.epa.gov/brownfields/types-brownfields-grant-funding