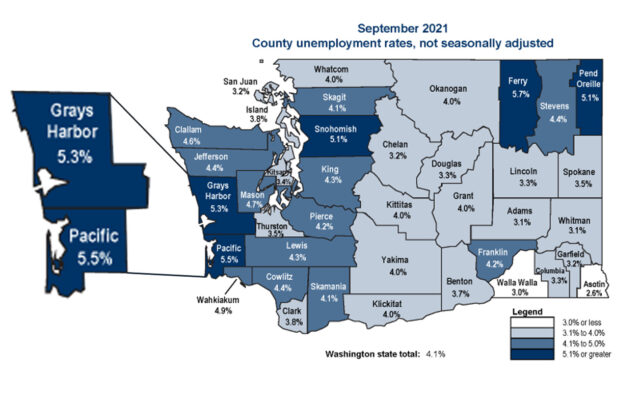 The county showed 5.3% unemployment for the month.

The only counties with higher numbers last month were Pacific County at 5.5% and Ferry County leading the state at 5.7%.

The latest figures from the Employment Security Department show a large decrease in figures from August to September, with Grays Harbor dropping 1.3% in overall unemployment, down from 6.6%.

This drop was seen statewide.

From August to September, Grays Harbor added 125 people to the labor force, dropping nearly 400 off of unemployment.

In Pacific County, they added 26 people to their labor force, dropping 107 from their unemployment total,.