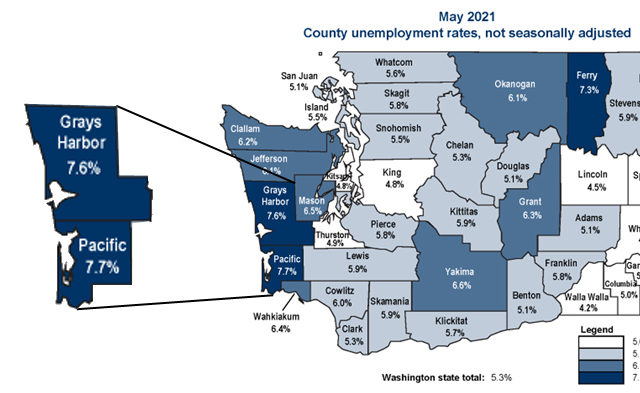 The Grays Harbor and Pacific County unemployment rates dropped between April and May, along with the statewide rate, but both local counties are still among the highest in the state.

Pacific County held the highest unemployment in the state for May, at 7.7%, down from 8.6% in April.

Grays Harbor sits at second highest in Washington at 7.6%, down from 8.9% in April. 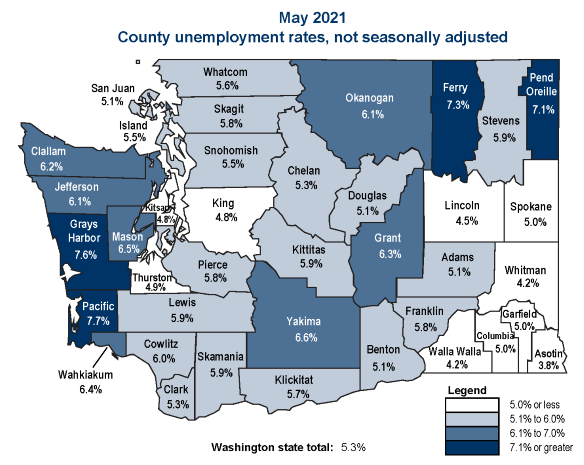 All counties in the state saw a decline month-to-month, but the rankings among counties followed a similar pattern.