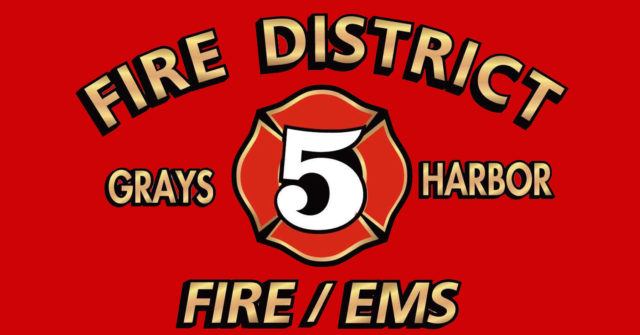 The Grays Harbor Fire District #5 Board of Commissioners terminated the contract of their Fire Chief.

The Fire District tells KXRO that at an open public meeting held on May 9, 2019, the Board of Commissioners of Grays Harbor County Fire Protection District 5 unanimously approved a motion to “immediately terminate the employment contract of fire Chief Dan Prater based on documented violations of District policies.”

The District states “As there are ongoing investigations involving the conduct of former Chief Prater, the Board of Commissioners will not be making any further statements regarding its decision until such time as those investigations are completed.”

The Board of Commissioners previously appointed Adam Fullbright as interim acting Chief and they say they are committed to working closely with him as the District works through this transition and continues to move forward with the mission to provide quality fire protection and emergency medical services to the community.

According to a previous statement from GHFD #5 Commission Chair Jim Crisp, Chief Prater was placed on the leave for an internal investigation of the districts financial records.

Crisp says that during the internal investigation it was found that Chief Prater used public funds for personal use and acceptance of Vacation Leave pay beyond the amounts earned.

Crisp says that the matter has been turned over to the Grays Harbor County Sheriff’s office and the State Auditor’s office has also been notified.