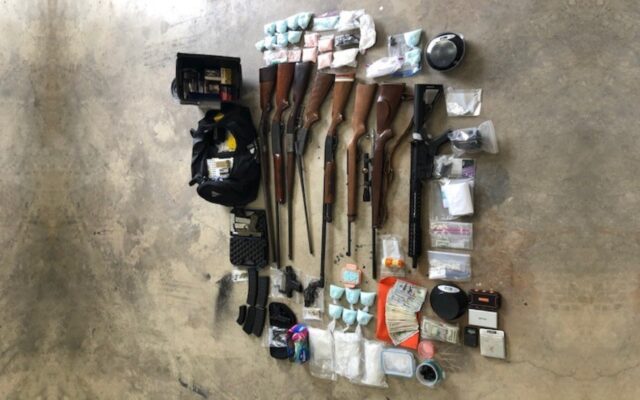 This week the Grays Harbor Drug Task Force (GHDTF) served a search warrant on a suspect that was found to be supplying illegal drugs to Grays Harbor residents.

The local GHDTF features detectives from the Aberdeen and Hoquiam police departments as well as the Grays Harbor County Sheriff’s Office.

The GHDTF joined forces with the Drug Enforcement Administration (DEA Tacoma) and the Lewis County Joint Narcotics Team (JNET) to make the bust.

The investigation is still active.

The GHDTF said that they are dedicated to the fight against drugs and rely heavily on partnerships with agencies such as the DEA and JNET to make our communities safer.