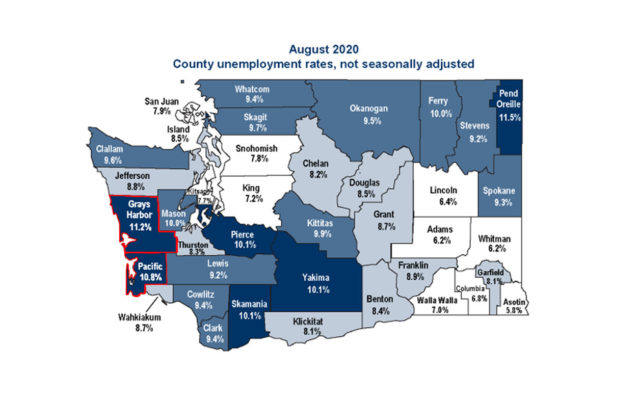 According to the Employment Security Department’s non seasonally adjusted numbers, Grays Harbor’s unemployment rate fell from 13.6% in July to 11.2% in August which was second only to Pend Oreille County at 11.5%.

While Grays Harbor’s labor force dropped by over 450 from July to August, the total number of those employed grew by over 350 and the number of those on unemployment fell by over 800.

There were also over 300 more people employed when compared to last August, but in 2019 there were over 1,500 less on unemployment and the rate was 6.5%.

Pacific County added 100 to the total employed and there were 186 less on unemployment from July to August; the labor force dropped by 86. 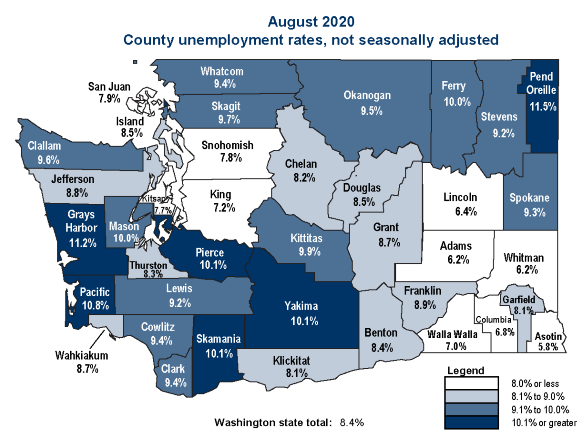