Inslee first announced the latest iteration of the state’s reopening plan earlier this month, which focuses efforts on reopening regions rather than individual counties.

In changes announced Thursday, two regions and a total of seven counties will be able to move into Phase 2 of the state’s economic reopening plan. 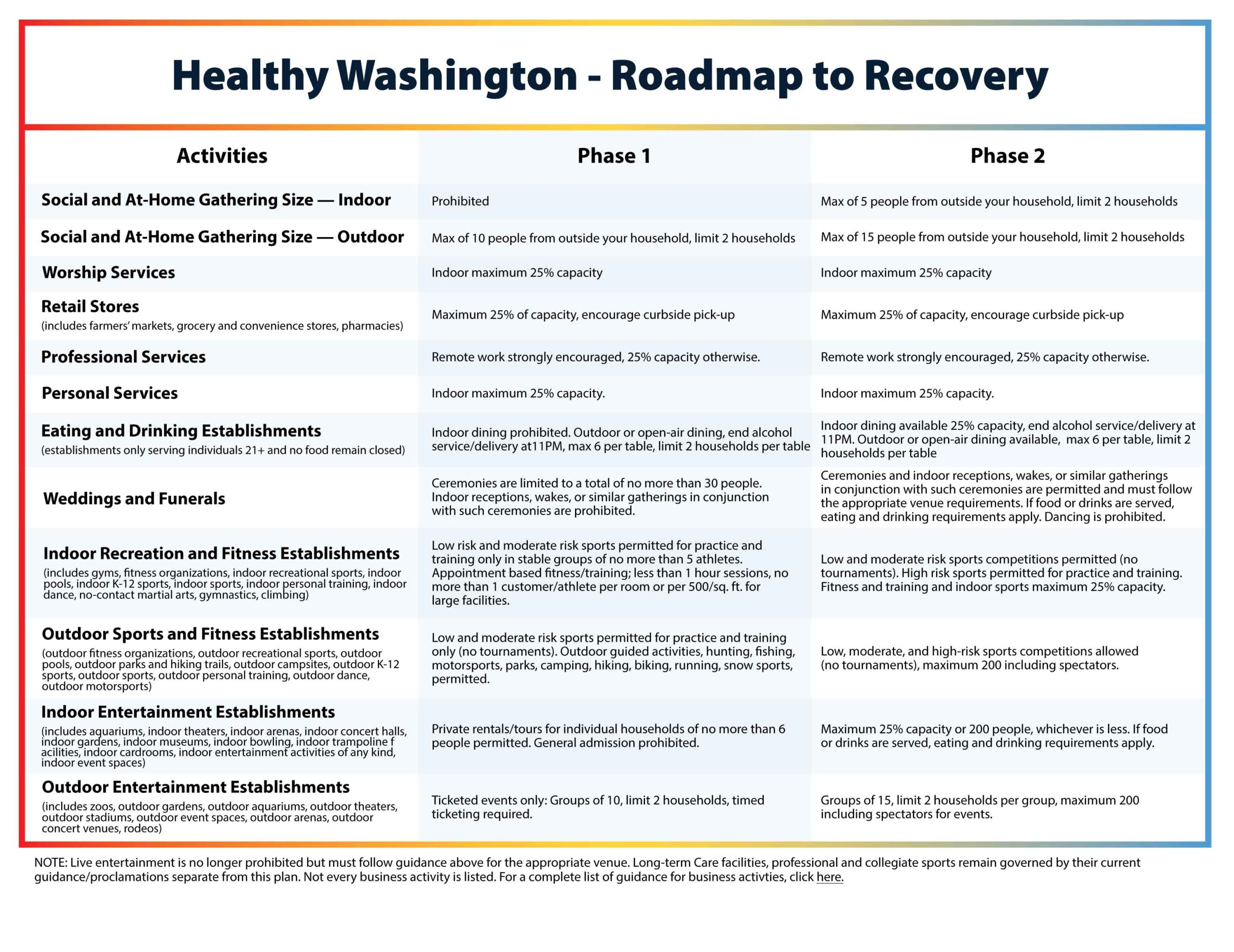 In his announcement on Thursday, Gov. Inslee said the overall plan will change in two ways; first, the evaluation criteria for regions to move from Phase 1 to Phase 2, and the timeframe in which regions can progress.

As part of the change in phases, local businesses and residents will be able to operate under the changes for at least two weeks.

“We are getting closer to finding our way out of this mess, but we aren’t there yet,” Inslee said during a press conference Thursday. “We have sacrificed too much to let our frustrations get the best of us now when the finish line is in sight, however distant that may seem in our field of vision.”

DOH will calculate regions’ metric to determine phase status every two weeks from now on.

In addition, regions now need to meet any three of the four metrics outlined in the Roadmap to Recovery plan in order to move into Phase 2.

The four metrics have not changed and include:

DOH will reassess the metrics for all eight (8) regions every two weeks and announce any phase adjustments on Friday. The next announcement will be Friday, February 12, 2021.

The changes come after further conversations with public health partners and the state’s increasing vaccination rates.

In accordance with the roadmap, several regions will be eligible to enter Phase 2 beginning Monday.

The progression is contingent on whether their metrics continue their positive trends.

The following regions will remain in Phase 1:

For more information visit the Roadmap to Recovery dashboard at www.coronavirus.wa.gov.