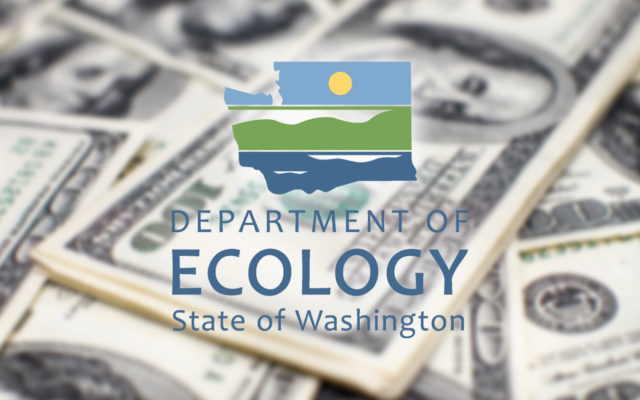 Getting help to farmers, threatened fish species, and local public health agencies is the focus of an initial round of emergency drought grants from the Washington Department of Ecology.

The $750,000 in grant funding was made available July 28 when Ecology adopted an emergency drought funding rule. 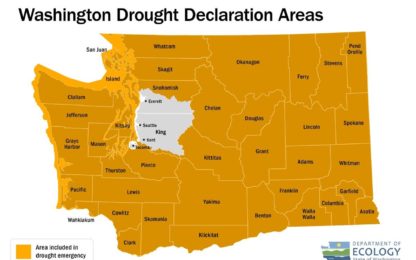 The rule comes two weeks after a July 14 emergency drought declaration, which covered nearly all of Washington state.

Washington is facing severe drought conditions this summer, after the second-driest spring and summer on record was followed by an unprecedented heat wave in late June.

Farmers and ranchers without irrigation in Eastern Washington were among the first to feel the effects of the drought, with some reporting up to a 50 percent loss of wheat crops and difficulty finding feed for livestock. Rising water temperatures in the lower Yakima, Okanogan, and Snake rivers reached levels lethal to some fish, including threatened salmon species. Water supplies in Eastern Washington have also dwindled, forcing Ecology to issue curtailments earlier than normal.

In order to provide funding where it is most needed, Ecology will work with other state agencies to fund immediate emergencies. Funds will be provided to the Department of Health, the Department of Fish and Wildlife, and the Washington State Conservation Commission to get help where it’s needed most quickly.

“Because this drought came on so late and so fast, we need to address critical needs as quickly as possible,” said Mary Verner, who manages the Water Resources program at Ecology. “By working through our sister agencies, we believe they can get help where it is needed right away.”

To learn more about the emergency rule visit the DOE webpage.