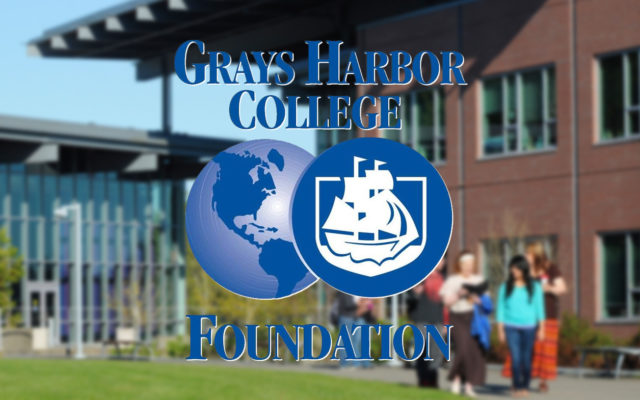 $10 million will bring scholarships to Grays Harbor and 16 other regional colleges.

The Grays Harbor College Foundation has announced that a bequest from the Eva Gordon Estate is one of the largest donations to community and technical colleges in Washington State, and each college foundation included will receive approximately $550,000.

This includes the Grays Harbor College.

A total of 17 colleges were part of the gift.

“Our GHC Foundation Board is really overwhelmed with this gift,” explained Lisa J. Smith, Executive Director of the College Foundation. “We will work closely with the College to identify programs to reduce barriers for students to go to college.

The recipient college foundations will be able to help students pay for books, fees, supplies, technology needs, housing, transportation, food, childcare and unexpected financial emergencies that could otherwise stand in the way of their success.

Each college foundation will work with its board and school administrators to decide how funds are allocated to maximize opportunities for students.

Eva Gordon, the source of the donation, was said to be a hard-working woman who was ahead of her time. Gordon reportedly lived a long and happy life and had few regrets aside from not having a formal education herself.

“If I had a scholarship when I got out of high school, I could have done so much more,” Gordon said in a 2013 profile by South Seattle College.

Gordon, who passed away in June 2018 at the age of 101, grew up on an orchard in Eugene, OR, and graduated at the top of her high school class, spending her lifetime investing money to build a fortune that now gives back to others..

“At GHC, we will be forever grateful to Ms. Gordon for her generosity and especially for her impact on our students, even though they will never meet,” commented Dr. Jim Minkler, GHC president. “With more than 80 percent of our student body receiving financial assistance to realize their educational dreams, now our Foundation will be able to provide even more opportunities,” he added.

After graduating from high school, Eva Gordon went to work as a legal secretary and later for a Seattle investment firm. She married her husband, Ed Gordon, in 1964 and together they shared a common dedication to higher education.

“A lot of people didn’t know the wealth she had. If there was a coupon for two-for-one at Applebee’s, she was all about that,” said John Jacobs, her godson and estate representative. “She liked seeing students working, earning and doing things. Her goal was to provide an opportunity for those folks who could ill-afford it, whether vocational training or an academic skill.”

Ed Gordon, who passed away in 2008, had graduated from college before becoming a Navy pilot and flying patrol bombers during World War II and the Korean War — an opportunity he credited to his college degree. After serving his country, Ed settled in Seattle where he met Eva. Ed worked as a stockbroker and together, they taught courses at the McNeil Corrections Center. Ed would deliver curriculum on business practices, while Eva led the group in warm-up exercises.

“Eva had a tremendous heart and liked to throw a rope to help people climb,” remembers John Jacobs.

The college foundations receiving donations from the Eva Gordon estate include.

During their lives, Eva and John Gordon often made generous contributions to South Seattle College as well.