The Aberdeen City Council held a workshop Wednesday evening to discuss the current status of the Gateway Center.

At the workshop, the council discussed the details of a proposed Master Lease with newly formed nonprofit Grays Harbor Historical Alliance(GHHA).

The purpose of GGHA is listed in official documents is:

John Shaw of GHHA spoke at the meeting, saying that by considering using the organization as the operator of the facility, it would alleviate workload off of city staff while still allowing them to serve as the overall owner of the facility.

In July 2021, the Aberdeen City Council allocated $7 million towards the Gateway Center, with the hope that state or other dollars would make those funds unnecessary.

Finance Director Patricia Soule stated that as of Wednesday, documents show the project has received nearly $2.6 million towards realization. This is against approximately $3.3 in planning and other costs, meaning that the Gateway Center is roughly $800,000 in the hole. Despite that current number, staff and Rock Construction believes that the $7 million in reserve is still there and additional funding is being sought to fill the remaining total of the anticipated $15 million total.

Additional grant funding would need to be sought even if those funds were released to the city.

The project to construct a facility at the east end of town to serve as a multi-use building has been in planning for a number of years.

In 2021, the Aberdeen Finance Committee said that  the proposed Gateway Center is “a vital piece of Aberdeen’s future economic success”.

It was  noted that consideration of discontinuing the Gateway Center planning at this point could create other issues.

During discussion, questions were raised about if the proposed nonprofit would be using their role as a moneymaker and where the finances of the building were going to be directed.

In the workshop, the project timeline shows that in 2022 the goals are to develop the governance structure to operate, seek additional funding to construct, and recruit tenants interested in holding space within the Gateway Center.

The next steps are listed as construction and completion of the building, while also initiating the occupancy and using the site for workforce training and maintenance of “Community, History, Cultural Tourism”. 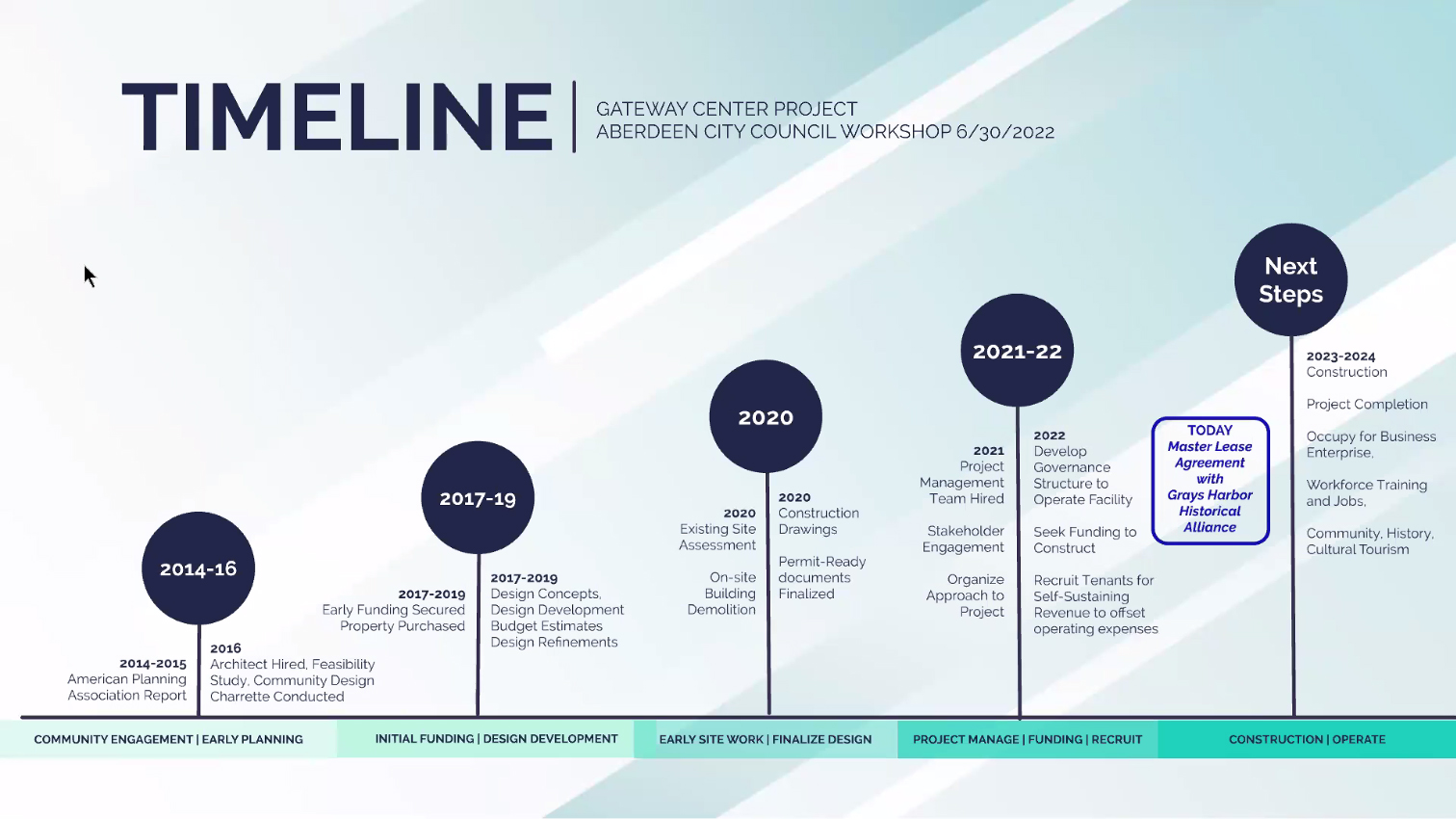 No action was taken at the meeting. The City Council will be reviewing the proposed Master Lease and the discussion will continue.