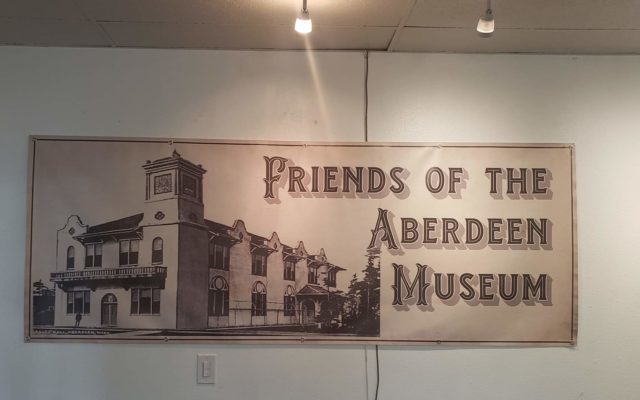 A public meeting is being held by a local group that wants movement on a new Aberdeen Museum of History.

The Friends of the Aberdeen Museum, who had managed the collection, are putting on the meeting on Thursday, September 16, 2021 at 6pm inside the Old Aberdeen Theatre at 111 West Wishkah Street.

“The Friends of the Aberdeen Museum was formed in 1976 at the City’s request. When the Swanson family donated the Armory to the City, the Friends took on the management of the collection for the City. Funds were raised by the Friends to cover most of the museum expenses. Any amounts paid by the City for the museum were fully covered by incoming rent from other tenants.”

According to the Friends, they are dismayed that no new location has been brought forward three years after a fire gutted the Aberdeen Armory Building.

That building held the former museum and it’s contents along with the former location of Coastal Community Action Program, the Aberdeen Senior Center, and more assets.

The group says that after an insurance payment was approved following the fire of approximately $23 million, they feel that more attention should be paid to the future museum.

Aberdeen Mayor Pete Schave has addressed these concerns at multiple public meetings, stating that the insurance funds were for the building as a whole, not the museum specifically. He has also stated that the city has sought out new building options and is continuing their efforts to bring a museum back.

The public is invited to attend the meeting to discuss options with the Friends.

Attendees must be masked. Social distancing will be observed. 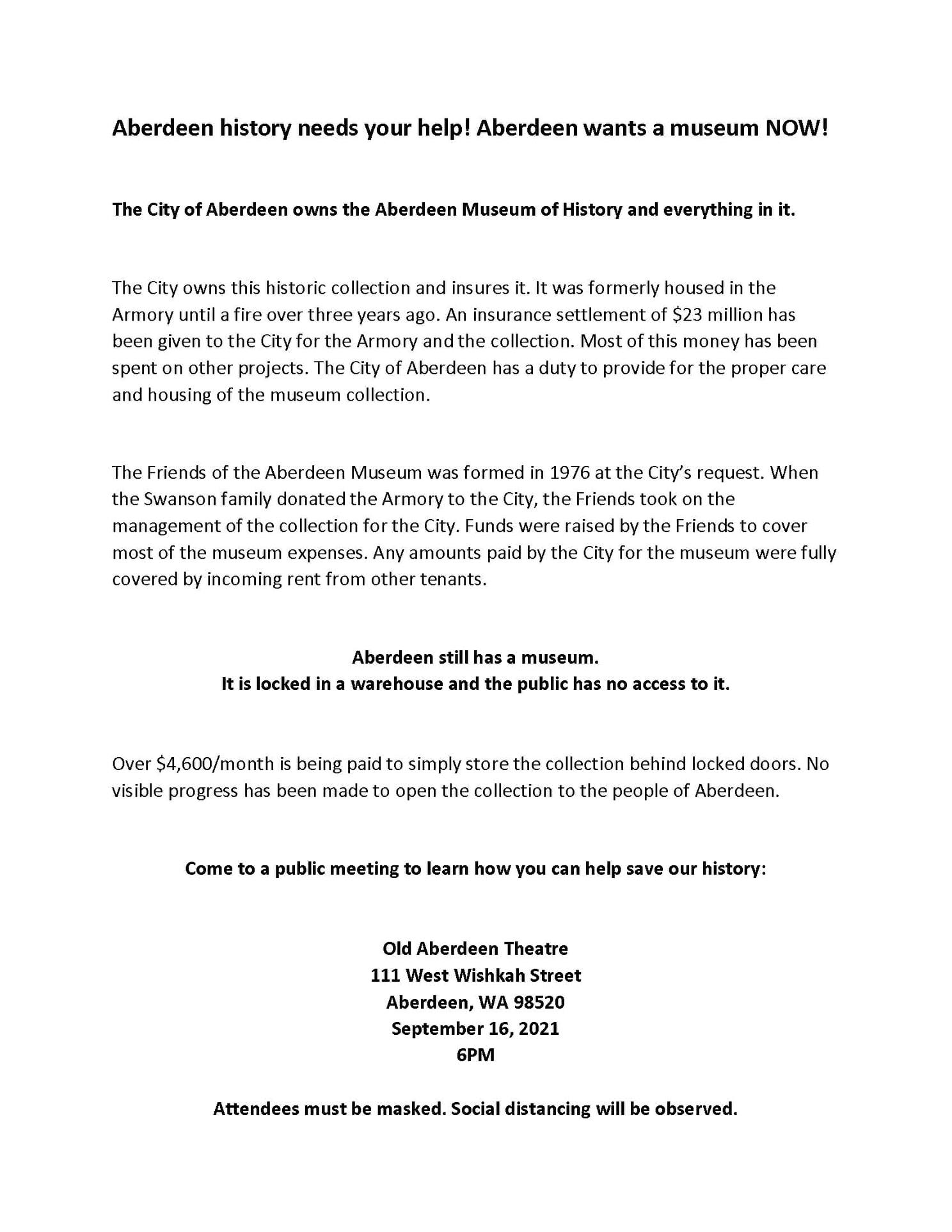