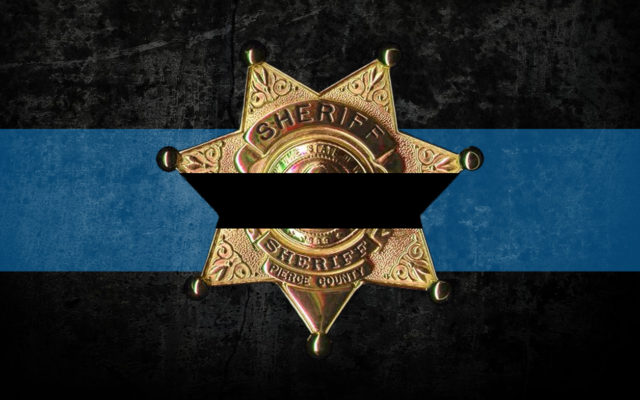 A Pierce County sheriff’s deputy and former Hoquiam Police Officer has died from gunshot wounds sustained while responding to a home invasion.

The Pierce County Sheriff’s Department posted on its Facebook page early Monday that the deputy was shot just after 11:30 p.m. Sunday during a foot chase after responding to a 911 call.

The deputy had been transported to a hospital in Tacoma before he died.

That deputy was identified as 34-year-old Daniel McCartney, a former Hoquiam Police Officer of 6 years, Navy veteran, and three-year veteran of the sheriff’s office.

“…we are heartbroken. Our thoughts are with his wife and three little boys.”

Salstrom, who was shot during a standoff in 2013, added;

“Dan was a good guy and a good police officer. More importantly he was an extremely devoted dad.”

Officials say two suspects were involved in the home invasion in the Frederickson area, about 15 miles southeast of Tacoma.

One suspect was found dead at the scene and another is on the loose and being sought by authorities.

The injured deputy was transported in critical condition to Saint Joseph Medical Center in Tacoma where he later died.

It is with incredible sadness that inform you that our deputy has passed away from his injuries. We are with his family now, and we ask that you please keep his family, friends, and our department in your thoughts and prayers. pic.twitter.com/BMkKkE8qji