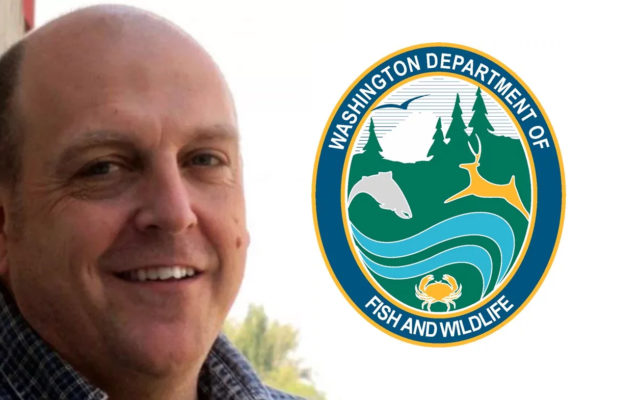 A man with Grays Harbor ties is now leading the Washington Department of Fish and Wildlife.

In an announcement, the Washington Fish and Wildlife Commission says that they have appointed Kelly Susewind the new director of WDFW.

Susewind will oversee an agency of 1,800 employees and an operating budget of $460 million for the current two-year budget period.

Susewind has worked at the state Department of Ecology since 1990 in a variety of roles, most recently as the director of administrative services and environmental policy. He also worked several years during the 1980s as a private-sector environmental consultant.

“All of the commissioners look forward to a fresh start for WDFW under Kelly’s leadership, particularly in the approach our agency takes to improving our working relationships with the Legislature, native American tribes, and the people of Washington to manage the state’s wonderful fish and wildlife resources,” said Commission Chairman Brad Smith.

“Today’s appointment marks the beginning of a new era in the department’s history,” Smith added. “We have an immensely dedicated, talented, and energetic staff, and we are confident that with Kelly in the director’s position, WDFW will achieve the high level of success we expect.”

Susewind said, “I’m honored to have the opportunity to serve the people of Washington at an agency whose effectiveness is critical to our ability to conserve fish and wildlife resources while providing outdoor recreation and commercial opportunities throughout the state. The public has high expectations for WDFW, and I’m excited about being in a position to deliver the results they deserve.”

Susewind will assume the director’s position on Aug. 1.