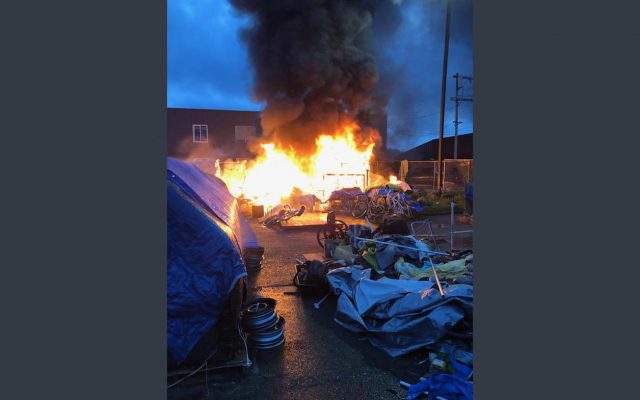 Aberdeen, WA – The Aberdeen Fire Department dealt with a blaze at the Temporary Alternative Shelter Location or TASL this morning.

The Aberdeen Fire Department tells KXRO that at 6:45 a.m. this morning they and the Aberdeen Police Department responded to a report of a tent on fire in the TASL fenced area.

They say that a total of 10 Aberdeen fire fighters (2 Fire Engines, 1 Battalion Chief, and a medic unit) responded to the fire.

According to Aberdeen Fire, the blaze was contained to one tent and belongings in the fenced area.

They say that no one was injured in the incident.

The cause of the fire remains undetermined at this time. 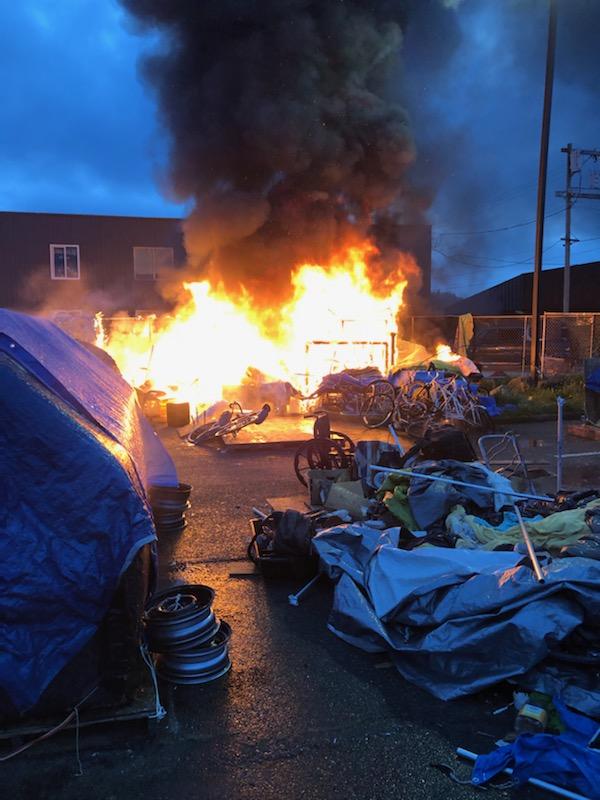