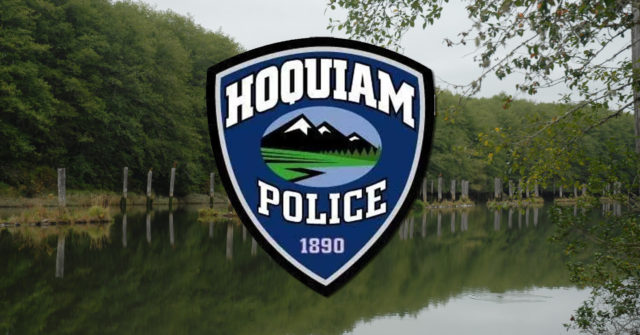 The Hoquiam Police posted that on Sunday morning just after 10:00 a.m. officers were dispatched to a violation of a domestic violence protection order in the 400 block of 11th Street.

They say dispatch advised that a 32-year old man was seen at the back of a residence he was prohibited from being at by a No Contact Order arising from a prior domestic violence arrest.

As the responding officers arrived at the scene, they met the suspect exiting a side door of the residence, and there was a broken window next to the door.

The suspect acknowledged the No Contact Order, but claimed he had permission to remove some of his belongings.

Police say the suspect indicated a large flat screen television in his car parked nearby was one of the items he had retrieved from the house.

According to Hoquiam Police, officers arrested the suspect for violation of the No Contact Order and noticed a strong odor of gasoline from within the house.

As they checked inside, they discovered scorch marks above the electrical panel and gasoline-soaked clothing in a nearby laundry room hamper.

Officers secured these items as evidence, as well as a gas cap on the kitchen counter which appeared to be from a lawnmower gas tank located behind the residence.

While being processed at the Hoquiam City Jail, the suspect’s clothing was seized as evidence due to the strong odor of gasoline.

The suspect was then booked in the Grays Harbor County Jail for violation of a no contact order as well as burglary and attempted arson in violation of the domestic violence act.

A search warrant was served on the suspect’s vehicle to recover the television and additional evidence related to the arson investigation.