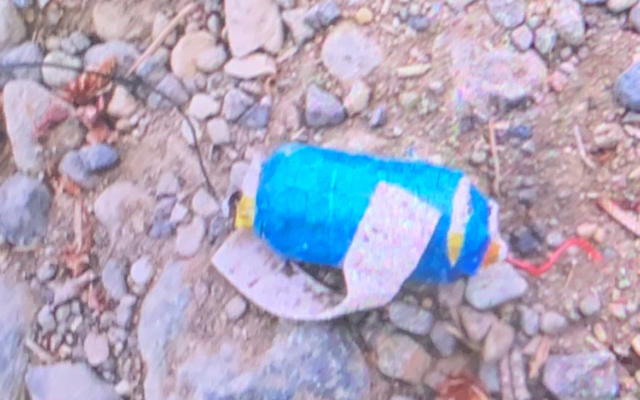 The Grays Harbor Sheriff’s Office is warning residents not to touch, or even approach, something that looks like it could be an explosive.

On Friday, GHSO reports that a Weyerhaeuser employee found what appeared to an Improvised Explosive Device (IED) near the A-line logging road gate off of the Middle Satsop Road outside of Montesano.

When deputies responded they requested the assistance of the Washington State Patrol Bomb Squad.

The bomb squad determined that the device was not an actual IED, but an item designed to look like an actual explosive device.

GHSO says that at this time they are not aware of any threats related to this illegal activity.

They add that the public should be suspicious of items that could be an explosive device, and if found they should move away from the area and call 911.