Emergency fireworks ban rules being discussed in Montesano and Hoquiam 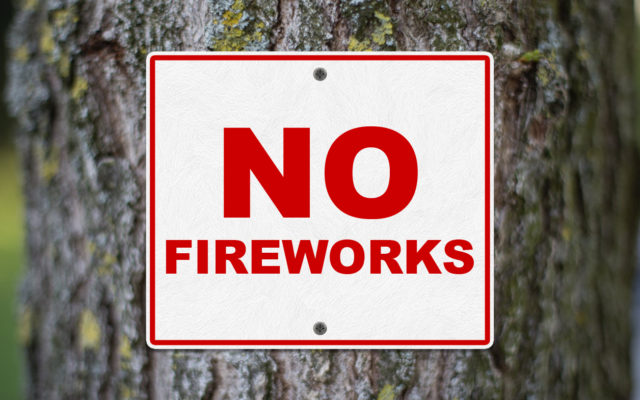 The City of Montesano will discuss the possibility of adding language into their municipal code that would allow a fireworks ban during especially dry weather.

At their meeting this evening, the Montesano City Council is scheduled to discuss an ordinance that would provide for a Declaration of Emergency allowing the Mayor to ban fireworks if extreme fire danger is present. 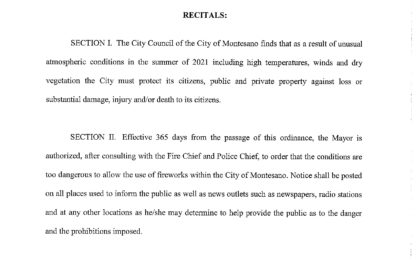 In their proposed ordinance, the change would allow for a ban after consultation with the Fire and Police Chiefs if local conditions are too dangerous to allow for the use of fireworks within city limits.

If residents were to violate the emergency prohibitions within Montesano, it would constitute a misdemeanor. 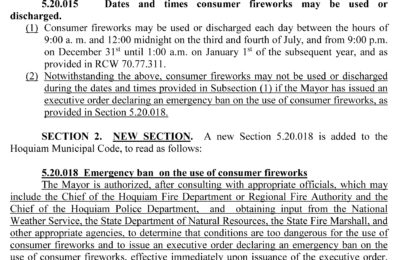 The City of Hoquiam also discussed adding emergency ban language at their Monday meeting. That discussion was sent to the Public Safety Committee for review prior to coming back in front of the council.

The Hoquiam ordinance did not specify legal ramifications.

Due to state law, if either city does go through with passage on the new language, it would not go into effect for a year, which means any emergency bans would not be possible until 2023 for the local cities.