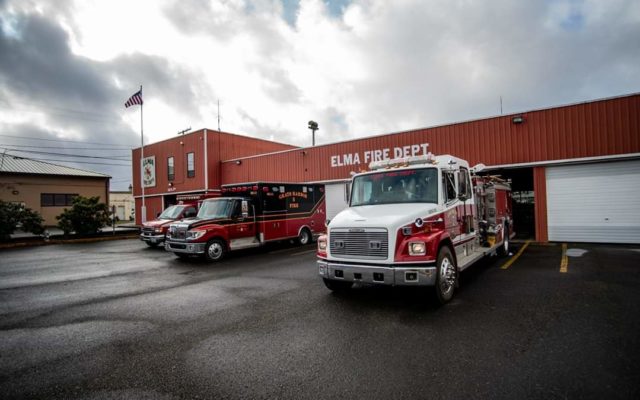 The City of Elma Fire Department could be annexed into Fire District 5 if approved by voters.

In a release, officials state that the City of Elma and Fire District 5 leaders approved an annexation agreement, but the issue will come before residents.

In a release it states that the City of Elma has contracted with Grays Harbor Fire District 5 since 2008 for Emergency Medical Services and both agencies have entered into multiple Interlocal Agreements since then.

The proposed annexation is said to be a benefit both the City of Elma and Grays Harbor Fire District 5 by improving services to our citizens and the safety of personnel.

The City of Elma Fire and Grays Harbor Fire District 5 work together to protect and serve roughly 13,000 people throughout 172 square miles that include the communities of Elma, Rural Elma, Satsop, Malone, Porter, and Bush Creek.

Both agencies approved a Pre/Post annexation interlocal agreement that expanded previous agreements by combining command staff and the overall operation of the fire agencies.

This agreement also established guidelines for joint operation prior to voter-approved annexation and post annexation if the citizens do approve the merger of both agencies.

Currently, the City of Elma is said to use $150,000 of its general funds to fund the City Fire Department and pays for its Emergency Medical Services contract with a $24.00 charge on each water bill. The annual cost to the City for providing Fire and EMS services is approximately $370,000.00.

Elma can annex its Fire and EMS services together after approval of a measure on the April 2021 ballot.

What will happen if the citizens approve the annexation of Fire and EMS Services between the two agencies?

If the City Fire service is annexed into and becomes part of the district, the city residents would no longer pay for their Fire and EMS service through the city’s general fund and water bill. Instead, they would pay through a separate Fire and Ems Levy like district residents starting January 1, 2022. The Fire Districts current levy rate is $1.29 per $1,000 of assessed value and EMS Levy is .42 per $1,000 of assessed value

Upon voter approval of the annexation the City of Elma has agreed, effective January 1, 2022, to reduce its taxes by $150,000 and rescind Resolution 608 adopted February 17, 2015, thereby removing the EMS utility fee assessed within the City. Saving the property owner approximately $144.00 dollars a year on their water bill and reducing their taxes paid to the City.

Also, the two agencies will become one Fire Department, combining our staff, and improving our operations, apparatus fleet, training of personnel, safety, and efficiency in emergency response to our community needs. The combining of the two fire departments will also help make improvements to the ISO (Insurance Services Office) rating. For each point, the fire agency drops in the insurance rating a property owner in

the City and District will save annually on their insurance premiums.

What is the cost to a Homeowner?

The City Council and Grays Harbor Fire District 5 Board of Commissioners will be asking the voters on April 27, 2021, if the residents of both the City and District will approve the City Fire Service to be annexed into and become part of Grays Harbor Fire District 5. The annexation of these two agencies will redirect funding for the city, provide long-term planning for Fire and EMS service through East Grays Harbor County, decrease duplication resources and funding needs such as Apparatus replacement, facility needs, and annual maintenance cost. In addition, combining the fire agencies will improve staff safety, provide a more efficient response and service to the community, and improve the insurance rating for the community. Together we are better for our community and we will continue working to protect the community.