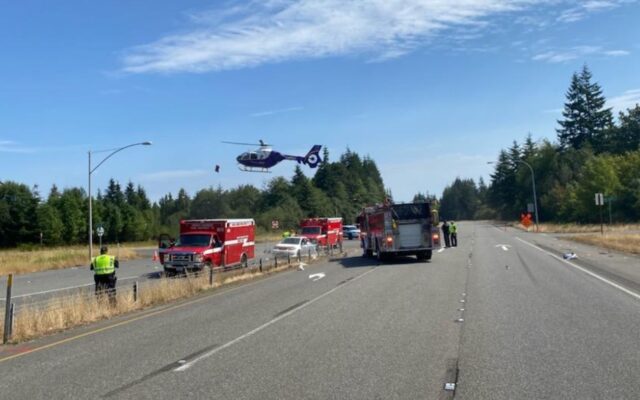 A 74-year-old woman from Bellingham was seriously injured on Thursday following a collision on US 12.

According to the Washington State Patrol, a white Toyota Corolla was stopped on Monte Brady Road when they attempted to merge onto US 12.

When the woman turned her car onto the highway, she pulled in front of an oncoming 2011 Chevrolet Silverado towing a trailer that was unable to slow down.

WSP told KXRO that the driver of the Silverado told law enforcement that the other vehicle did not seem to slow down at all when they went in front of his truck.

The woman, who was driving the car, was airlifted to Harborview Medical Center from the scene.

A 78-year-old passenger in the car, as well as the driver of the truck and 4 passengers that included 3 children were not injured.

The current condition of the Bellingham woman is not known.