Badge create by KXRO. Not actual logo or branding.

The Grays Harbor Drug Task Force made an arrest at a South Aberdeen business for an employee selling drugs at work.

According to the task force, on January 11 around 3pm, they served a Search Warrant at the Boone Street 7-Eleven located in South Aberdeen.

That warrant was served following a five-week investigation into an employee of the store who had been selling fentanyl pills and methamphetamine while at the location.

A 34-year-old Hoquiam man was arrested at the store, which had to be temporarily closed until detectives and officers cleared the scene.

As part of the investigation, the suspect’s home was also searched, as were several vehicles belonging to him. 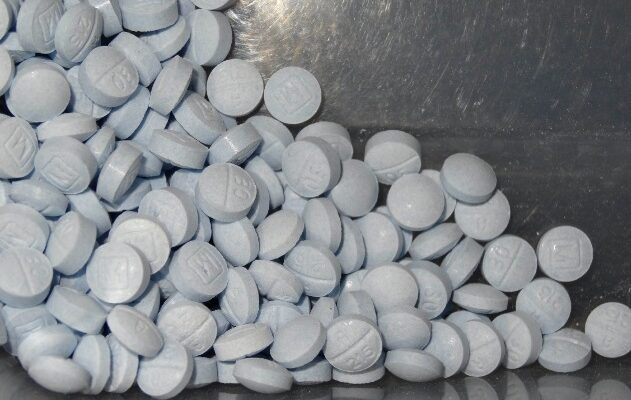 The suspect was booked into the GH County Jail for illegal drug possession with intent to deliver.

The task force added that the suspect’s girlfriend, a 25-year-old Aberdeen woman, arrived on scene at 7-Eleven during the search warrant and was also arrested on a separate drug distribution charge.

They say that the woman had 21 grams of methamphetamine and 71.5 grams of marijuana on her at the time.

She was also booked into the GH County Jail, charged with for illegal drug possession with intent to deliver.

If you have information about persons dealing drugs in our community, you are asked to report them to the GHDTF Tip Line at 360-500-4141.