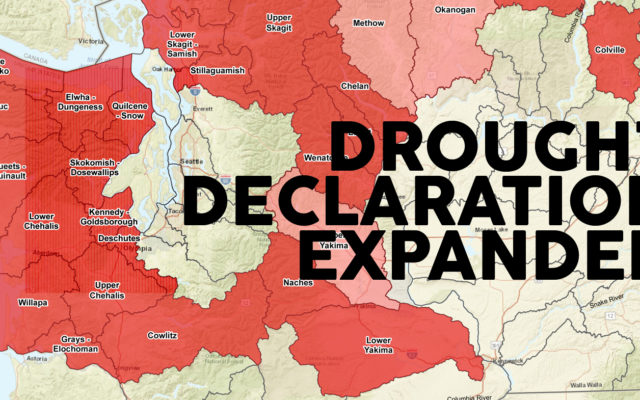 Grays Harbor and Pacific County are now included under a drought emergency declaration.

As of this week, nearly half the state is now included under the emergency “due to worsened, poor water supply conditions” and “warmer and drier weather predictions through the summer”.

In a release, Gov. Inslee said, “Snow pack conditions are currently less than 50 percent of average for this time of year. Washington State Department of Ecology experts expect the warmer, drier weather will cause the already-diminished snow pack to melt more quickly, reducing water availability this summer when it is needed most for farms, communities and fish. Despite this past week’s rain, rainfall totals for the state remain below normal.”

24 watersheds are now added to the emergency drought declaration:

“I appreciate Ecology’s work with partners around the state to prepare for drought and to position us to quickly react to those in need,” said Inslee. “As the climate continues to change, we must be proactive in taking steps to plan for those impacts.”

Cost-share grants will be issued for emergency drought response projects that address the current drought hardship and can be completed during the drought emergency, such as:

There are two factors considered for any emergency drought declaration: Water supply conditions that are currently or projected to be at or below 75 percent of average, and a projection of undue hardships. The state last declared a drought emergency in 2015.

You can access several resources on Ecology’s website at ecology.wa.gov/drought. You can also report drought-related conditions to the National Drought Mitigation Center.