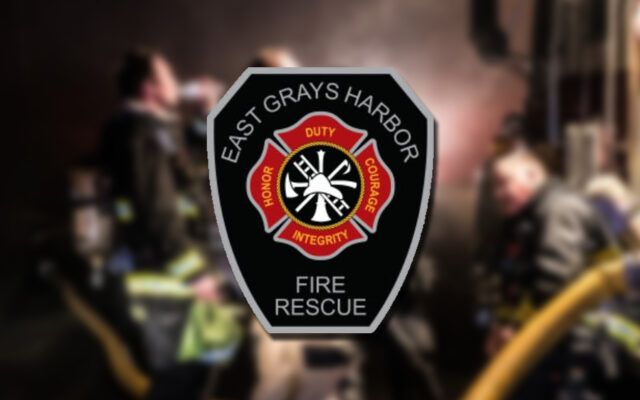 Two vehicles were destroyed, a dog died, and a person was injured in an East County fire.

East Grays Harbor Fire And Rescue shared a report on their Monday morning response after being dispatched to the 1000 block of Monte Elma Rd in Satsop for a vehicle on fire.

According to the fire district, the Initial reports stated a vehicle was fully involved in a driveway. Additional reports came in of a possible chimney on fire with multiple reports of explosions coming from the location.

Their report states that while all occupants at the location had evacuated, one person was burned on their hands after attempting to rescue a dog from the flames. The fire district says that despite efforts to rescue the dog, it perished in the fire.

The patient was transported to SPMC in stable condition and later flown to Harborview Medical Center.

The Monte Elma Rd was closed in both directions as crews were on scene.

No fire personnel were injured.