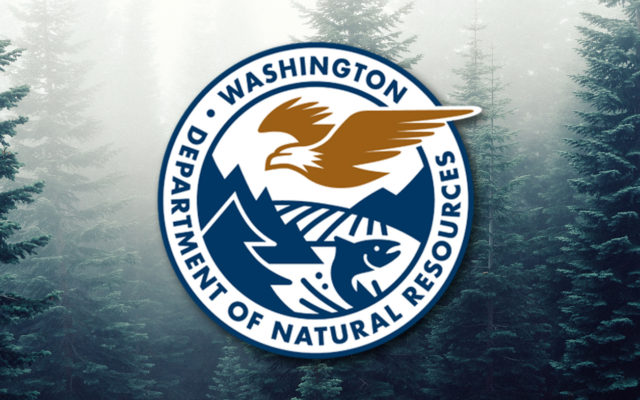 The Department of Natural Resources on Wednesday announced the launch of what is being called a historic carbon project on state lands, and Grays Harbor is among the four counties in the initial launch.

Commissioner of Public Lands Hilary Franz launched the initiative that is said to offset millions of metric tons of emissions by protecting an estimated 10,000 acres of Western Washington forests. On Wednesday, Franz signed a Commissioner’s Order moving 3,750 acres into protection status.

Within Grays Harbor the areas included are on the far east end of the county, near Oakville.

Project priority areas in Phase One were selected “due to their high valued ecological forests that are not currently protected from harvest”.

The selection of Phase Two project areas will be guided by the High Conservation Value framework, an internationally recognized approach used to identify ecological areas for conservation in the context of natural resource management.

According to a release, the forests included will be entered into leases, similar to existing DNR leases for businesses like renewable energy or agriculture, which stipulate their use for storing carbon and generating revenue for state trust land beneficiaries through carbon markets.

The revenue generated is expected to contribute “tens of millions of dollars” for schools, colleges, and local services that state trust lands support.

According to DNR, the initiative represents the first time that a state agency is using carbon markets to immediately remove stands from the planned harvest schedule, many of which were slated for imminent logging.

“These stands have high ecological value and carbon sequestration potential, but were not protected by existing policy.”

Over 900,000 carbon offsets credits are expected to be generated from the project in the first ten years, equivalent to offsetting over 2 billion miles driven by gas-powered cars, according to the EPA’s Greenhouse Gas Equivalencies.

“This represents the next generation of carbon projects – a truly transformative approach to preserving our most ecologically valuable forests and supporting our communities,” said Commissioner of Public Lands Hilary Franz. “The climate crisis is at our doorstep, and now is the time for bold measures to reduce carbon, protect ecologically significant forests, and provide needed revenue for public schools, libraries, and hospitals. This project is a true win-win for our environment and our communities, and I am thrilled to make Washington state a leader in carbon market opportunities and create a model that can be used on public lands throughout the country.”

The plan adds to an existing 840,000 acres of DNR-managed trust lands statewide already managed for conservation – including more than 50 percent of land west of the Cascades – and 130,000 additional forested acres protected in natural areas.

“This initiative is so exciting; this protects the forests natural habitat and ecosystem; protects historical and traditional Indigenous lands. And, takes significant steps to sequester carbon, in our fight against global warming,” said Squaxin Island Tribal Council Chairman Kristopher Peters. “This initiative restores our environment and will play a large role in our holistic approach towards saving our sacred salmon and our beloved Salish sea.”

Of the 3,750 acres protected during the project’s first phase, 2,500 were part of planned harvests and will now be utilized for carbon credits. The remaining 1,250 acres are being protected through existing DNR policies. Areas included in Phase Two will be announced within the next year.

“Expanding and protecting our forests in Washington is the right thing to do. We are seeing our salmon runs disappear and with them our treaty rights and our culture,” said Willie Frank III, Chairman of the Nisqually Indian Tribe. “We need to protect the river systems from the mountains to the sea, and our forests are a key part of these living systems. Our salmon and our forests are forever connected. As one goes, so does the other. This is a big step toward protecting and restoring our forestlands and therefore our salmon and our tribes.”