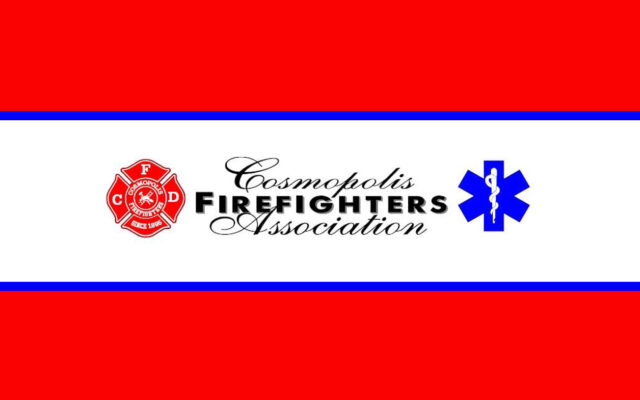 Cosmopolis, WA – All 12 of the Cosmopolis Volunteer Firefighters will resign as of January 1, 2022.

The Cosmopolis Volunteer Fire Association posted a release on Facebook informing the citizens of Cosmopolis of their decision.

The release stated that “The decision to step away from the department was not an easy one, but one we feel is necessary and safest.”

According to the release, the department says that they are not able to operate efficiently.

They state that Cosmopolis Mayor Kyle Pauley “has removed necessary funding, and leadership where it is most needed without plans or communication to re structure our organization.”

They say that they don’t want to leave the community unprotected, but they state that “we cannot protect you while keeping ourselves safe in the current state Mayor Pauley and his colleagues have created.”

Mayor Pauley stated that “Since the start of the pandemic and my administration, there have been numerous issues that the former Fire Chief and department members have taken umbrage with. While the City has worked to remedy their concerns as much as possible, this does not seem to be enough remediation for them.”

He said that “After the City was notified of their statements I have reached out to other agencies and representatives to ensure that residents are protected if the department volunteers do step down.”

Mayor Pauley added “The concerns raised in the letter have all been addressed, although it is clear that the response was not what they were looking for.”

He stated “I’m hopeful that we can find a middle ground, although the oversight and policy adjustments that were put in place city-wide are not being removed. We are stewards of the people’s money, and it deserves to be handled with professionalism.”

Full disclosure: Kyle Pauley is employed by Alpha Media Group and in no way was involved in the development of this story other than responding to questions from KXRO news.