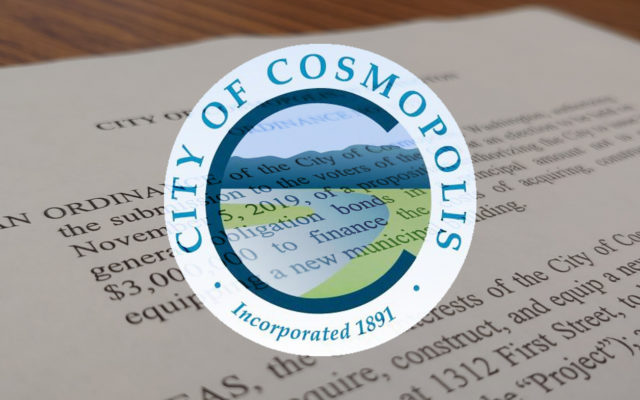 The City of Cosmopolis will place the future of a new municipal building in the city on the November ballot.

In a special meeting on Monday, the Cosmopolis City Council voted to approve an ordinance that would authorize a ballot measure to use up to $3,000,000 in order to create a police, court, and city hall building.

The ordinance states that the new building would be in “the best interest of the residents” and would allow the city to finance the new municipal building on the current site of the police station.

The Cosmopolis Police Department has been using a temporary building donated by Weyerhaeuser to house their operations since 2006 on the current site and City Hall is currently located in a former bank building within the same block.

In the past few years, the bonds used to pay for the current fire department building have been paid off.

Details regarding anticipated costs to citizens was not available within the ordinance.

Following the vote this week, the City intends to place this measure on the November General Election for Cosmopolis voters to decide whether to go forward.