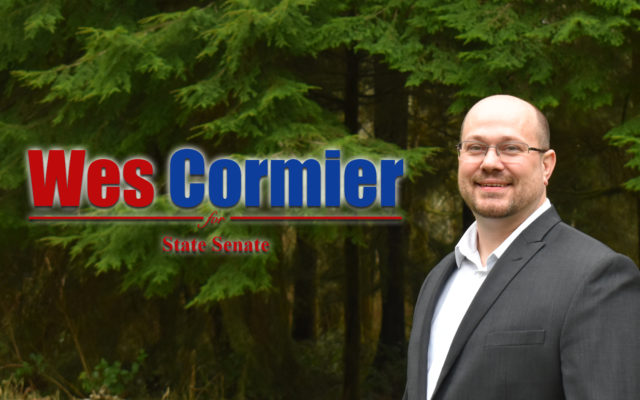 Cormier, running as a Republican, is currently serving his eighth year as an elected County Commissioner for Grays Harbor County.

Senator Dean Takko currently holds the 19th District seat and has filed with the Public Disclosure Commission that he intends to run.

According to Cormier, his Senate campaign will focus on Property Rights, Fiscal Responsibility and Transparency.

He says that he is committed to bringing the type of integrity and leadership to the Washington State Senate that he has brought to the county commission.

“When writing or voting on any senate bills, I will ask some fundamental questions that are often overlooked in Olympia.  Is it constitutional? Should the government be involved in this? Can the state afford it? Are citizens better served with this at the local level?  Is it a funded mandate?”

“It has truly been an honor serving the people of Grays Harbor as a Commissioner over the last 8 years.  As a Washington State Senator, I will bring a unique local government perspective. I am excited by this opportunity to earn the citizens of the 19th Legislative District’s support.”

Prior to being elected as county commissioner, he worked as a Real Estate Appraiser.

Cormier states that he is currently a resident of Elma, Washington where he lives with his Wife, Ambrea Cormier, and their three sons Noah, Samuel and Michael.

To learn more about Wes Cormier or to get involved more with his campaign, visit his website www.voteforwes.com.