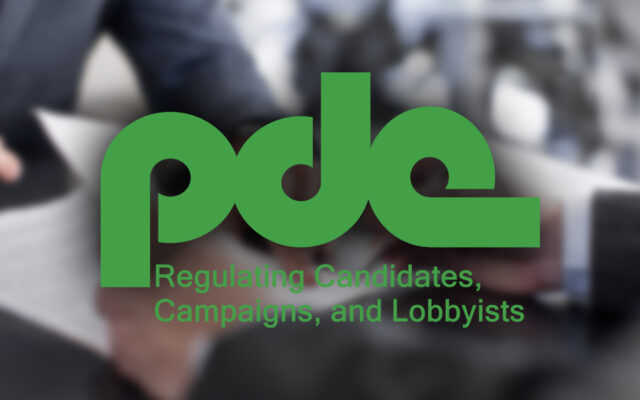 Grays Harbor Commissioner Vickie Raines has filed a response to the PDC regarding a complaint from former Commissioner Wes Cormier.

Cormier filed the complaint on October 3, alleging that Commissioner Raines misrepresented her involvement in a number of items listed on a campaign flier distributed to voters.

“Incumbent and candidate for County Commissioner Vickie Raines presented a flyer/paper that outlined her successes over the past seven (7) years. The flyer was dishonest and misleading to the public. The flyer could change the outcome of a close and competitive race as it was distributed to more than 70 citizens and businesses at a business forum.”, said the complaint.

The complaint says that while the flier stated that the General Fund Levy and Road Fund Levy decreased by approximately 25% apiece, $789 million in new construction took place, and property tax exemptions for low income seniors totaled $26.5 million during her time in office, Raines herself did not play a significant role in any of those changes.

The complaint called the information on the flier “grossly misleading and dishonest”.

“Firstly, levy rates increase and decrease for two reasons. Elected officials levy more/less taxes or the housing market increases/decreases (with the exception of the state school levy). Commissioner Raines only levied more taxes, not less. If your levy rate decreases, it does NOT mean your property tax is reduced. Likewise, if your levy rate increases, it does NOT mean your property taxes were increased. The decrease in the county Road Levy Rate (-24%) and Current Expense (General Fund) Rate (-26%) shown in this flyer (sic) is a direct result of the housing market. Not Commissioner Raines voting record despite her saying, “… the record shows consistency with no huge peeks (sic) and valleys.” She had absolutely nothing to do with the trajectory of those levy rates.

Secondly, I worked beside Commissioner Raines from 2015 to 2020 and she has not brought forward any legislative or administrative policy changes that would help new construction in our county.

Lastly, Commissioner Raines has nothing to do with the Senior Exemption Program. It is administered and controlled by the County Assessor’s Office.”

Raines responded to the complaint, in documents provided by the PDC, saying that;

“It is common practice, and common sense, for elected officials to talk about what happened during their time in office. What is uncommon is for a former county commissioner to turn differences in opinion about policy matters into PDC complaints.”

Raines added in her response her reasoning to include these items in the campaign flier.

“Senior Exemption Program – The county is helping seniors with taxes, $26m+ during the period of time I have been in office. My opponent’s website (votelisaz.com) states that “the aging population cannot afford property taxes”, which implies the county does not provide assistance to our seniors, which is not the case (see attached).

Taxes – Throughout my time in office, I have pushed to keep taxes low, and this prior commissioner contorts himself with the complexities of levy rates in an attempt to push a narrative that helps his candidate’s campaign.

Red tape / new construction – During my time in office, the county has made substantial changes in Planning & Building (P&B). My opponent’s website falsely states there is red tape keeping property owners from developing property and that the permit process is difficult and expensive (see attached). That is not true. I understand from our County Assessor that this year, 2022, it is anticipated that county will see in excess of $200m+ of new construction – there is no red tape, the P&B permit process is modernized and new construction in GHC is thriving.”

Note: KXRO News Director Kyle Pauley (listed as Kyle Paulie on the document) was listed as a potential witness to the alleged malfeasance as the host of a candidate forum featuring Raines.