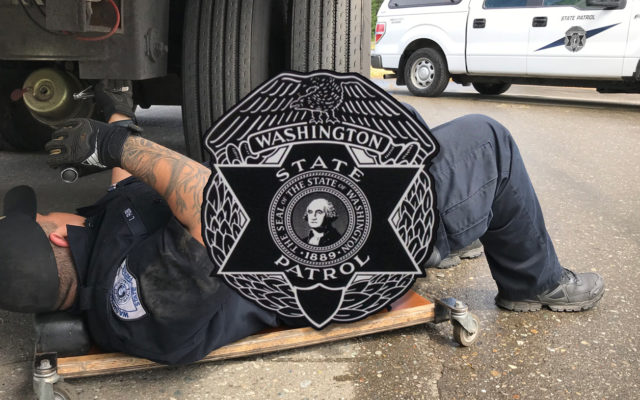 Bremerton, WA – During a recent 72-hour emphasis on commercial vehicles, 151 were inspected across the region.

Running June 4-6, this emphasis was part of the Commercial Vehicle Safety Alliance’s Annual “International Roadcheck”, which they say is an enforcement initiative with participation across the United States, Mexico and Canada.

The focus of the International Roadcheck emphasis is on a particular violation each year. This year’s focus was steering and suspension systems.

“Of the 151 vehicles inspected in District 8, 144 underwent Level 1 inspections; a thorough, 37-step process that includes examining the driver’s operating requirements and the vehicle’s mechanics, such as checking brake systems, cargo securement and lighting devices. Drivers operating vehicles which pass a Level 1 inspection are provided a CVSA decal, a visual indicator showing the vehicle passed the inspection. Those that failed were placed out of service, meaning the driver could not operate the vehicle until the mechanical defect or driver qualifications were corrected.”

District 8 CVD Troopers and CVEOs placed 38 vehicles out of service. No drivers were placed out of service during this year’s emphasis.

For additional information regarding the emphasis, visit www.cvsa.org/program/programs/international-roadcheck.