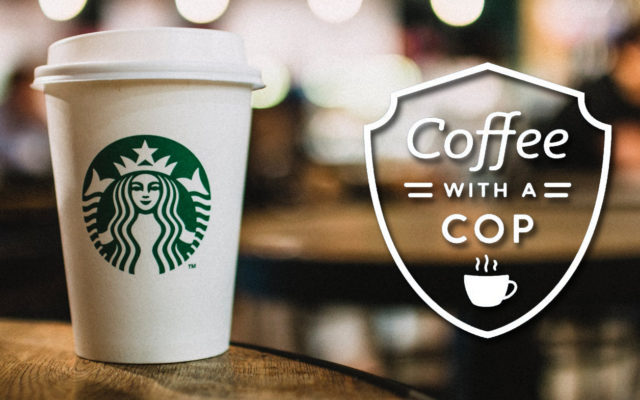 Aberdeen, WA – The Aberdeen Police Department will be holding a “Coffee with a Cop” event.

According to Officer Gary Sexton, the opportunity for the public will be held on October 2, 2019 to coincide with National Coffee with a Cop Day.

This will be fourth annual national event that began as part of National Community Policing Week in 2016 and now continues each year on the first Wednesday in October “furthering efforts nationwide to bridge the gap between the community and the law”.

The event will run from 5:30-7:30PM at the East Aberdeen Starbucks and the first 150 customers will receive a limited edition decal.

Sexton says that the local Starbucks asked the police department to participate.

“We are excited for this opportunity to meet with our community for a cup of coffee, visit and to have some fun doing it.”, said Sexton

The Coffee with a Cop event is said to include “Cop Baristas”, “Live Music from a Cop”, silent auction, McGruff the Crime Dog, as well as police vehicles and Starbucks sample.

The event will also be used to raise funds for the Aberdeen Police Officers’ Guild charities account, which Sexton says will  enables our officers to provide donations to the community.