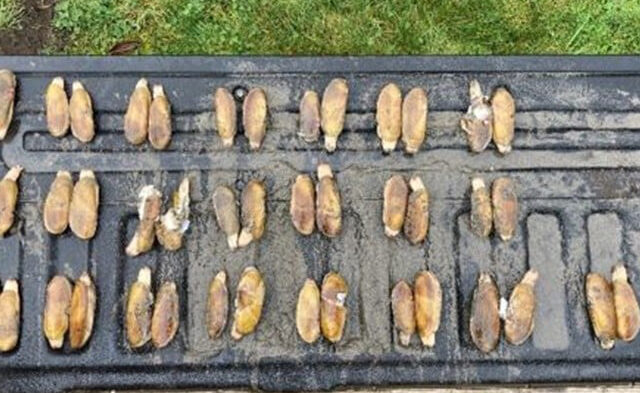 Clam diggers were cited for harvesting more than double the legal limit.

Washington Department of Fish and Wildlife Police shared details on a recent investigation on the coastal beaches.

According to a report, WDFW Officer Garrison was patrolling recreational razor clam dig areas when he was alerted by another clam digger.

The harvester told the officer that he recognized a vehicle on the beach, and believed that they were over their legal limit of 15 clams, and that he believed that the people in the vehicle had over-harvested the day prior as well.

When the officer contacted the two people in the vehicle, he found 78 razor clams between two individuals. Each nearly 2.5 times the legal limit.

The razor clams were seized, and both individuals were cited criminally.

Under state law, a daily limit consists of the first 15 clams dug regardless of size or condition, and each digger’s clams must be kept in a separate container. The most successful digging occurs between one and two hours before the listed time of low tide. For more on current razor clam dig information go to: https://wdfw.wa.gov/fishing/shellfishing-regulations/razor-clams