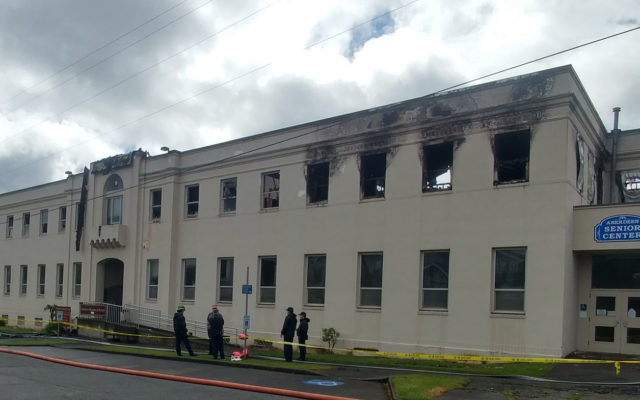 The City of Aberdeen has settled the insurance claim following the June 2018 fire that destroyed the Armory Building and Aberdeen Museum of History.

In a report during the Aberdeen City Council meeting on Wednesday, Parks & recreation Director Stacie Barnum told the council that the claim for the contents and fine arts housed within the building, as well as the building itself.

In her report, Barnum stated that an agreement was reached for a total of $23 million.

Finance Director Patricia Soule added during the meeting that she believes the total amount was reached as a cost to replace the building and materials.

The breakdown of the funds were approximately $20 million for the building itself, $1.9 million for the fine arts housed inside, and other expenses such as debris removal filled out the total.

The settlement will be recognized after a deductible of $750,000.

Soule states that the city will now be totaling the costs accrued from expenses paid since the building was destroyed.

At this time, the final net amount of funds coming to the city were not available during the meeting.